Available Balance
The Chosen are the Qualified
Environment
Tanikka Paulk
1 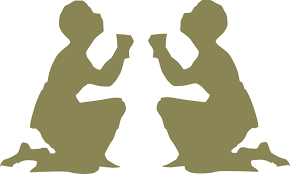 The reason why so many may have difficulties removing individuals from certain positions is because of the nature of their position. Individuals who are called should have received their calling from God the Creator of Heaven and Earth. When individuals are called their position is “confirmed.” There can many confirmations to alert not only the persons but also others. The position is considered a spiritual leader position however the position can entail more duties which is considered leadership. Not every person who claims to be a spiritual leader has been called. .

The ones who have “a strong title” are the ones who most will choose to come up against. Some not realizing what they’re doing. Doesn’t matter what position one holds, if they’ve been declared anointed, the persons should adhere to the title because the Bible speaks about what will happen when coming up against the anointed. Too many take what is said lightly and end up finding out the hard way. There’s many positions spiritual positions. For some they’re considered highly qualified.

The position is set before birth and that’s’ why some will go through many trials in order to supply the “testimonies.” God is pleased when His children testify about their experiences so that others are aware of how good the Heavenly God is. There is only one although so many may claim to be Gods which is the wrong thing to do because God becomes angry when persons are claiming to be God. Being in any leadership position isn’t easy and it’s especially difficult being in a spiritual position. There is a lot of responsibility and so many may not understand the position.

Too many end up falling and unable to get back up because they’re constantly attacking the anointed. Not allowing the persons to do what God has already declared is a big mistake. There will be severe consequences for getting in the way of the anointed. So many may not believe the words in which God has spoken. For so many they’ve encountered the reaping so are aware of the wrath which God will send out against the ones who are disrupting the anointed. Being in such a position demonstrates “qualified.”

No matter what so many may think. it is God who has chosen that the person or persons be in such positions. There may be a lot of disagreements about the individuals staying in their positions but mankind must understand that the “position” is chosen by the most qualified. For some they’re unable to accept that a person remains in such a position because of their actions. God is a forgiving God and no matter what the anointed has done. God doesn’t want the persons to be harmed.

There are some who have claimed to be anointed or chosen but actually are not. The sure way to know if a person has been called by God is to hear “the confirmations.” No person has to dramatize their position but any person who has a close relationship with God and Jesus Christ will know that the person is anointed. Doesn’t matter about their behavior, the individuals will be able to see the glow, they’ll recognize the anointing. There are some who dramatize their position in order to be recognized. There is no need to do so.

“Being Called can be Very Strenuous at Times but a Very Rewarding Position.” By: (Tanikka Paulk)

Related Posts:
The Justly was and is Purposed

Haven’t They Convince Me yet?

The how to Battle Confirmed

Transformations Within the Mind in Time

Jesus is our Almighty healer, let us use him

God wants to be known by all but does know that there are some who won’t believe anything pertaining to God Jesus Christ Father. There can be a lot of pressure being in such a position. The attacks which will surely come may wipe some out because some may feel as if they’re unable to withstand the attacks. The anointed should be string enough to overcome any obstacles placed in the way of the individuals. To overcome there will need to be meditating, prayer, and the Armor of God. “The Full Armor of God.”