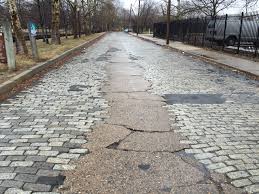 There’s the thoughts but there’s the reality some are way too focused within fantasy. The realities are what realities are. Thinking positively and remaining whole by actions and thoughts. To keep my mind focus on what some have probably viewed as fictional. My story is filled with truths. My cousins were gunned down, my great grandmother is deceased, my conditions are so. “Whatever to be perceived some have misjudged my path and what I’ve tried to express.” (Tanikka Paulk).

The reality is “movements.” There’s so much to accomplish and there are goals to meet. What they’ve perceived seems twisted. So many aren’t able to comprehend what’s “truly” occurring. No matter what the words describe there’s the dysfunctional line of thinking. At least some should consider trying to listen and trying to understand. The purpose was written and no matter how my moves are viewed my reality is still within me! Some seem to think that stories are fictional. No. All stories aren’t.

What’s said isn’t always what is. One think for sure “it is so.” So many believe whatever they hear or read. That’s why there’s research and investigative measures. The truth will present but the alertness should be. There could be a lot of why’s. All won’t know right now some won’t be able to understand what’s occurring. The factual is what some aren’t willing to accept. Truths are presented and what is to be said could either be accepted or not.

Perhaps the reason why some are unwilling to accept is because they would rather partake in fantasies. Reality has to have its place. “The many words spoken have the truth within there has to be the listeners and the audience.” By: Tanikka Paulk. “My journey isn’t easy at all so many adversities to even name. Too many to count.” By: Tanikka Paulk. Although some continue to project the altered words my purpose is to continue to move further to accomplish greater.

Where am I headed? Somewhere although it may appear as if the movements are slow but there’s still progress. To think of thinking what some haven’t though to think. My name is apart of the realities. So many disrupt by wanting to hold on to the fantasy but I’m more in tuned with the reality. The need to and the desire to get to where I should be. From here to a different place. “Newness!” Continued with my beliefs and my thoughts protected by thee.

Related Posts:
What’s Said can Either be or not but the What is Just is

The Dryness of the Eyes

celebrate your life, it is too short.