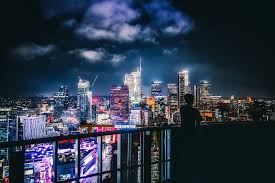 There will be many changes occurring and some changes could involve relocation. There are many reasons why individuals would want to relocate. Some have to go through hoops in order to relocate. Could she be relocating? Possibility. What destination would be more suitable? More than likely the “West.” The Westcoast has demonstrated that they are more welcoming. Perhaps the west is viewed to be more family oriented. Westcoast could have stronger connections. “Tupac Shakur would rap about love which every person needs and it seems as though the west could possibly has the emotion driven love.” By: Tanikka Paulk.

Relocating to any area shouldn’t be a rush decision there should be careful consideration before making such a move. So many will have their opinions but one must decide to make moves which offer benefits. There’s so much to enjoy in the westcoast. Perhaps continuing to build the connections with the west would lead to quicker movements in the direction. Persons should be able to move where desired. Making such a move is drastic there has to be “thoughts” before taking the risk.

What’s There in the West?

Is Tupac Shakur there?

Oh and it’s Hollywood where Tupac and Ice Cube have their Hollywood stars. So many choose to move westward because there seems to be more opportunities. I’ve read stories where some moved to the west and were homeless until they got on their feet. That’s the risk some are willing to take in order to live abundantly. Perhaps some never move because they’re afraid of changes afraid of what will occur. The fear as to be removed in order to make the move. There are some “willing” to move abruptly.

The west has the “Los Angeles Lakers” and oh boy did I have a Kobe Jersey and Shaq jersey. There’s also the great eatery’s. Fine dining is what so many would prefer. Mostly homes are located westward. Trying to find the appropriate housing will certainly be time consuming. There would need to be research in order to find the best destinations. There are some who’ve had to move alone and there are choices of course there are some who have no choices at all. Whatever a person “decides” the decision should be based on their own thinking.

Listening to the opinions is fine but where there are important decisions to be made then there will need to be carefully thinking occurring. There are lots of reading material about the west. Discovering before making the move is wise. California is a destination where there will be lots of summer filled activities. The climate is warm and any person needing a warm climate should relocate where they’ll be safer. From what I’ve gathered there are some enjoying the westward “life.” Some wouldn’t want to live in any other location. Decisions, choices, options.

Hidden in all the Right Areas