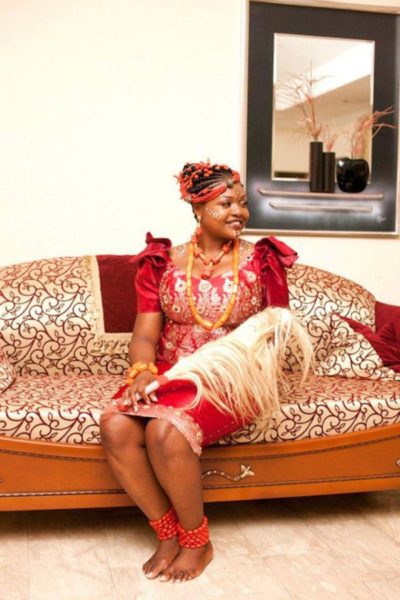 Adaigwe is a replica of Igbo Girl

“Adaigwe “is an Igbo name. The Igbos is the people occupying the South Eastern part of Nigeria. According to the Igbo language,”Ada” means daughter. “Igwe” means “sky”. “Adaigwe means,” daughter of the sky”,a place where no human hand can reach, except through “means”. This implies that an Igbo girl is not so cheap. This is because the average Igbo families feed and maintain their children including their girls. It is an abomination for an Igbo girl to be found committing fornication before marriage. She is killed by warriors if she is found to do so. The “Igwe”,can only be reached by “means”. The real meaning of this is that Adaigwe can only be slept with only if she is married. The process of marriage includes payment of dowry in form of gifts of cash and other acceptable items mentioned by family and the community of the Igbo girl.
Adaigwe is daughter of heaven, where God lives. This implies that Igbo girls are not barred from worship of God. They learn from their parents how to sing and pray in Igbo language. All their ceremonies are backed by their beliefs and they practice this in real life. From birth to death, Igbos are in one ceremony or the other. The only thing Adaigwe cannot do is to carry the “ofo”.”Ofo” is the symbol of the family. It is only the men especially the first son of the family called the “diokpara”or the “diokpa” that carry it. By implication, Adaigwe as the daughter of the sky, depicts a girl whose fortune and blessings cannot be surpassed by any other. Sky is her limit in all things.
Adaigwe is a name given to a daughter of rich parents who are able to afford all the requirements for a growing daughter. In matter of clothing, Adaigwe is expected to put on the best material well sown by selected tailors. Adaigwe is expected to have boxes of jewelries and clothes. She is expected to be the envy other girls.
“Igwe” further means “all” or “many”.Adaigwe means the daughter of many .It is said in Igbo land that a child is her mother’s only when she is in the womb,but once born,he or she becomes the child of many people. This is noted immediately after a woman delivers a baby, relations, friends and well wishers gather to bath and dress the baby. Her fellow women come to give advices on how to take care of the baby. Looking after a new born” is not a one man show”.Adaigwe meaning the daughter of all is implied that there is no time a girl child becomes an orphan in reality in Igbo land. If the parents die, a brother, sister or a relation takes care of her. Adaigwe cannot suffer in the hand of foreign elements .If her husband maltreats her, so that she prematurely dies; the warriors of her community go for revenge attack. No family buries Adaigwe’s corpse without the consent of her people. This is why she is the daughter of many people.