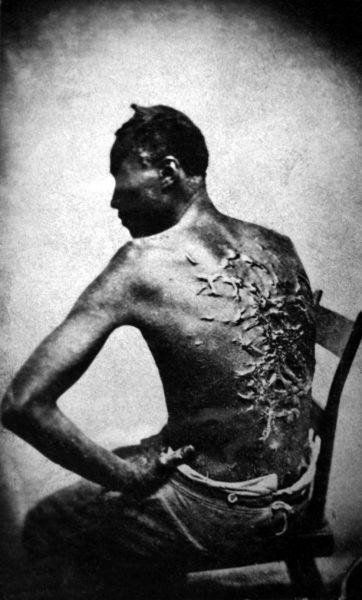 Overseer Artayou Carrier whipped me. I was two months in bed sore from the whipping. My master come after I was whipped; he discharged the overseer. The very words of poor Peter, taken as he sat for his picture. Baton Rouge, La., April 2, 1863. (War Dept.) NARA FILE #: 165-JT-230 WAR & CONFLICT BOOK #: 109

African Americans continue to face racism and discrimination. Being forced to under the control of another race or races. Having basic needs taking away. Rights being violated. Being harassed and attacked because of not wanting to become a slave or puppet. When will the injustices cease? Why are African Americans the most hated race on earth? Perhaps a lot of what takes place has to do with a need to feel superior. To be in power but “not using the correct methods” to deserve the positions held.

What are White people seeking? Help and still be harassed. Don’t help and still be attacked. What do white people really want? Fighting up against the desire to have control and power over a group of people. The best way to deal with these situations is to pray and go to “God the Creator of Mankind and Jesus Christ.” To go into prayer. Trying to reason with individuals who already have established their need to control a group of people won’t be effective.

African Americans had their freedom taken away, were unable to read, received scraps of food. We’re beaten and then expected to work out in the cotton field. Were hung and bitten by dogs and sprayed with water hoses. Burned alive. Today is the day in which modern slavery is occurring. To have to deal with individuals who refuse to allow a group of people to live their “lives” is an injustice in itself.

How do we Handle the Matters

Refuse to accept the treatment. “Stand Firm.” What’s taking away will be replaced because God promised He would provide the needs. Never accept being forced into something to do something in which there’s discomfort. There can’t be comfort in being forced into slavery. Being treated with disrespect and abused. The abuse is when they’re constantly harassing and agitating others.

if they’re unwilling to “treat African Americans with the respect deserved” then we’re not going to give in. African Americans will have to start assisting one another and refusing to make purchases which do not help in anyway. Can’t continue to be treated like slaves. If other African Americans are trying to hold back their people then they’re doing a disservice and will also face consequences.

The song “We Shall Overcome” is embedded in my mind. When? How long do African Americans have to suffer the injustices? So we’re still going through and although many of us wasn’t born when the civil rights movement occurred. The assassinations of Dr. Martin Luther King Jr. and Malcolm X. History is there to teach African Americans exactly what the struggle was like.

“Too Many Injustices are Taking Place to Remain Silent.” By: Tanikka Paulk

Businessmen, Progress, and a Ridiculous Question