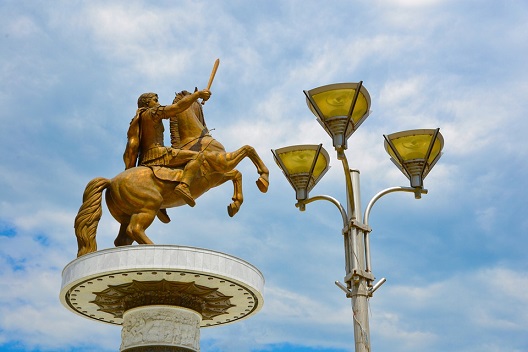 A special thanks to a fellow bloggers at Literacy Base, who published posts about historical figures and questioning why these people were recorded in history as heroes, which is a very good question. One post was about Richard the Lionhearted, a British monarch, and the other was about Peter the Great, a Russian ruler. Both posts have inspired me to sort of put my own spin on that thought thread. In this post, the discussion will be about Alexander the Great, a historical figure that many people like to write or talk about.

Here is what you see when you look up close at this son of a king.

Eh! Not really. His dad didn’t like him and wanted to get him out of his face, so he sent him away to fight! No matter who you are, if one or both of your parents don’t like you, that messes with your head!

There are different stories about his death, but if you ask me, I say his mind and body just burned out!

When you look at him up close, you may be moved to think, ‘How awful!!’

There are different stories about how he died, but how he lived wasn’t really all that great either!

By contrast to my own life.

The Seven Kings of Rome

Ancient Greek and Roman Statues Shown in Their True Colors

Historical animals that may never have existed.

Brief Introduction to the History of Mexico