Available Balance
Some people do not deserve respect
Environment
Ваљон
0 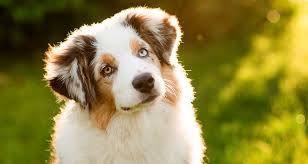 I am a great fan and lover of animals. I myself own a dog, I have a friend that owns 2 cats and 1 dog, and my lovely uncle also owns a dog. My favorite dog breed is the Golden Retriever. And my least favorite is the Chihuahua.  Okay, let me get back on topic. I am very close with all of these dogs, they are all somehow an important  part of my life.  So, the problem is that there are some cults and sects that value the pet’s life more than the one of a human. I understand to have a pet (whether is dog, cat,parrot, cow, rabbit e.t.c) and love it, but some people go so far, that they cross the line, which makes you feel to want to burn them on the city square.

I know a woman, that got 3000 euros as compensation to the damage for her killed cat, and in my country you would be the one paying damage, and soak in courts.

Anyways, let me get straight to the point for the retarded people about the animals. Autumn, Sunday night, me and one close friend of mine, got early to the term of the scheduled soccer, and we waited for the other friends to come inside the football field, the night of 11 October.

Suddenly, a middle-aged woman (50-55, maybe in her early 50’s) appears in the park walking her pet – a dog, which you could notice from a mile away that is not a stray dog, but a tamed and trained one.  But around the park, next to the woman’s dog, there were 2 bigger stray dogs running around and playing the tamed one, they were showing a friendly mood around the tamed dog (the woman’s dog).

The middle aged woman, burst out of anger, even though it was not her dog or HER involved in this situation. “Are you freaking out of your mind, you stupid jerk?! That dog is laying and sleeping there, well, why not you go and drink it, if not the dog?!”

WOW I was shocked.  Well, honestly, to this kind of people, I would tear apart their womb, and would let them die slowly and painfully. I mean that darned woman was so stupid and mental, she pissed us off so bad.

My friend of course firstly started explaining about how he meant no harm to the dog, but wanted to share the remaining drink with it, but the crazy woman wouldn’t listen and just kept  blabbering, heating up the situation. She ruined our evening man.

terrifying stories about pets who attack their owners.

terrifying stories about pets who attack their owners.

Gamma our pet rooster who left behind indelible memories

It’s tragic that this kind of people still exist in the modern era, even though we are 21st century. And basically, these kind of people are sharing that “cancer” around the animals, and that’s why there are many stereotypes on the normal people with the animals that are labeled as “sects, mindless owners” because of the example of that woman.