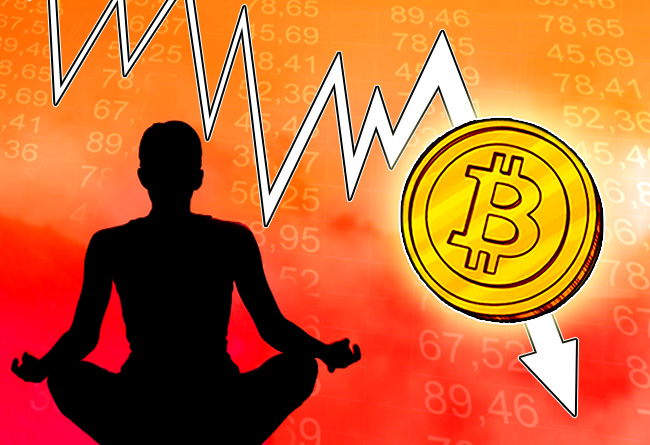 Since entering the bear market this year, bitcoin prices are generally declined, from $20,000 at the end of 2017 to the current more than 6,000 US dollars, which you can check with the btc to usd chart history. This has caused many investors in the cryptocurrency community to speculate that the bitcoin price drop was caused by the secret sale of bitcoin by big bitcoins.

In response to this suspicion, blockchain research firm Chainalysis conducted a research survey, which showed that the big bitcoins are not the “culprit” that causes high volatility in currency prices. The study looked at 32 of the most-capitalized bitcoin wallets, holding a total of 1 million BTCs worth about $6.3 billion.

Big Bitcoins refer to individuals or organizations that hold large numbers of BTCs that are considered to have an impact on market volatility. However, the data from Chainalysis shows that the big bitcoins are a diverse group, and only one-third of them are active traders. Although the trading activities of these large households are indeed enough to shake the market, they are actually keen on the reverse operation and buy when the bitcoin trading price falls, which is we called “buy on dips”.

During the research, the company divided the 32 wallets into four groups. There are nine of the most active wallets, which are regularly traded on the exchange. This group of Bitcoin holders has more than 332,000 BTCs worth more than $2 billion, but only one-third are willing to have the habit of trading frequently. Most of this group of traders entered the market in 2017.

The second group of wallets belonged to miners and early adopters of bitcoin, consisting of 15 investors with a holding capacity of 332,000 BTC. The trading activity of this group is very low. However, most of them have been sold BTCs when bitcoin prices rose between 2016 and 2017.

The remaining two groups are the “criminal” group with 3 wallets (holding more than 125,000 BTC, worth 790 million US dollars), and the other group is “lost bitcon” wallet, holding more than 212,000 BTC. It is worth about $1.3 billion. Studies have shown that since 2011, the group who lost bitcoin wallet has never traded.

Bitcoin prices fell by 70% because of Impossible trinity

After analyzing these big bitcoin holders, Chainalysis found that they did not cause currency fluctuations. In the past two years when bitcoin prices fell, they even bought in large quantities. This kind of activity proves that the big players did not sell Bitcoin in large quantities, but instead added Bitcoin in late 2016 and 2017. This shows that they are almost always bought when bitcoin falls, so they bring stability factors to the market, not instability.