Available Balance
What Will Happen if Ethereum Continues to Fall?
Business & Finance
sarah
0 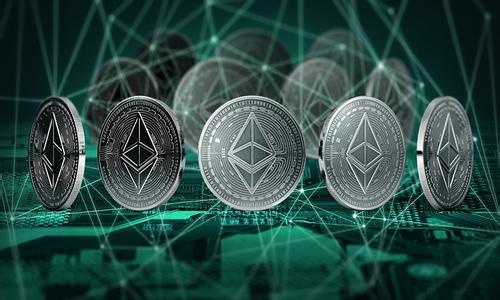 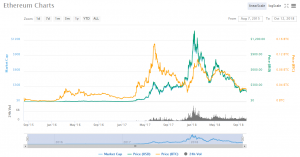 Starting from the Christmas of 2017, Bitcoin took the lead and the entire currency market began a horrific decline. In this big fall, there is a cryptocurrency that does not fall but rises, and even extends step by step to a new high in history. This crytpocurrency is exactly – Ethereum coin.

From January 6th to January 8th, after Bitcoin plunged 4,000 US dollars, Ethereum rose to more than 1,400 US dollars per piece. According to the price of the off-market, ETH has already exceeded 10,000 RMB/piece.

Ethereum has more than 98 million circulations, while bitcoin has only 16 million. In other words, in the past few days, the market value of Ethereum reached half of Bitcoin for the first time. At the same time, among the various speculative groups, the most frequently asked on social networking sites is “When will the Ethereum market value surpass Bitcoin?”, all the people who hold the eth coin are happy, it seems that the whole world will soon run to the Ethereum platform and release an ERC 20 token.

However, the facts are very ruthless. Starting from January 8, Ethereum began a nearly nine-month slump. Although there has been a brief rebound during the period, Ethereum has plummeted 70%, and the ethereum current price falls below to $200 again.

With the step-by-step decline of Ethereum, retail investors have become increasingly suspicious of ETH and V, and the idea of the ETH coin that has just emerged from ICO is on the verge of collapse. I believe that if Ethereum continues to fall, the beliefs of investors will be exhausted.

Google, Facebook and Twitter have banned Bitcoin and ICO advertising, and ICO is exactly the soul function of Ethereum at this stage. This is a very helpless and sad result. The expected Dapp did not break out. The successful Dapp only had decentralized exchanges with very low depth and speed, simple digital casinos and encrypted cats.

Ethereum has been in trouble: ICO is gradually being resisted by big powers and Internet giants. Dapp is subject to the slow response speed of Ethereum and high gas charges. Coupled with the bear market blow, Ethereum prices are mad at 70%.

The remaining function of Ethereum is only – release currency. As of March 28, according to the statistics on the erases can, there are 63,731 tokens on the Ethereum. According to the largest TPS of Ethereum, about 20 transfers per second, Ethereum runs up to 1.8 million transactions per day. Corresponding to the token, each token cannot be traded more than 1.2 times per hour, otherwise, Ethereum will be completely blocked.

However, Ethereum has no retreat. Regardless of whether the blockchain is a new revolution, Bitcoin can at least be used as a collectible for Bitcoin enthusiasts, but Ethereum has no retreat. If the blockchain is a pseudo-ventilation, ICO is no longer popular, what can Ethereum be used for? Bitcoin coin is mainly distributed in the hands of some Bitcoin enthusiasts, while Ethereum is distributed among major investment institutions and countless blockchain projects. When the blockchains wind is over, the major investment institutions and project parties sold off the ETH in their hands, and then re-started the business and re-invested in new enthusiasm. At that time, who will pick up again? If the blockchain is at a crossroads. The same is true of the current Ethereum. So be cautious about your investment in Etnereum now!