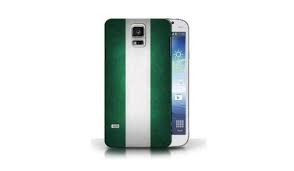 The emergence of mobile telephony is obviously one of the major revolutions of communication in Nigeria. This is because no other technology has been so beneficial to all and sundry like the ubiquitous mobile phone. Its simplicity has facilitated its use by both literate and illiterate people, and it has remained one of the technologies to be so ready embraced by the poor.

Within the last few years of its introduction to Nigeria, the technology became commercially available almost immediately. Many young people were infected with the bug of GSM handsets to the extent that some spent all their savings just to acquire one. Now, mobile phones are no longer merely electronic gadgets possessed only by the rich, but now available for whoever cares to own.

In the early days of mobile system of communication in Nigeria, only the rich could actually afford the services. This period is termed the first generation of mobile telephony. The analog cellular was used, which basically allowed for voice communication only. This generation of mobile phones appeared not to exist in Nigeria since very few people really knew about cellular phones and was only available to a few percentage of the population. The use of land phone was still pertinent in the country oriented services. Analog cellular was, therefore, regarded as a precious object to possess and those who had it were highly regarded.

During this generation of mobile telecommunication, Nigerian phone users were confined to the use of fixed-phone communication system. It was therefore common sight to see long queue at phone boots, with everyone waiting for his or her turn, this is because only few could afford to own land line due to high cost to get connected, therefore callers opted for unit cards for public phone booths which were a bit affordable. Meanwhile, the rest of the developed world and many others in Africa had entered into another generation of mobile communication.

The emergence of digital personal communication system marked the beginning of another generation of the mobile phone termed the second generation. This generation offered users the convenience of the use of voice and SMS communications. While many African countries quickly embraced this generation, Nigeria had been so slow to indulge in it due to mainly bad leadership. As a result the technology was not introduced to the country until some six years back.

It was as if the introduction was all Nigerians had been waiting for, the technology was quickly embraced and though very expensive at the beginning it later became common article to possess. With time, the prices of cell phones and SIM Cards dropped considerably to such effect that SIM Packs were sold for almost free as more services providers were issued with license. The second generation opened the Nigerian economy to many opportunities; many benefited and are still enjoying the benefits that came with its introduction.

The first set of mobile phones sold in the Nigerian market at the inception of this generation had limited features. Most of the handsets could only be used for voice calls and SMS only, also the ringing tones were mostly monophonic. Gradually, as the mobile phone manufacturing industries improve on features of the phones being produced, so was Nigeria benefiting from this, and now her market is being flooded with many mobile handsets with improved features that include coloured screen, polyphonic ring tones, internet browsing etc.

This previous generation is obviously to be the stepping stone to the next generation termed the third generation (3G). Nigeria is now one of the most sought-after countries in Africa by multinational communication industries due to its ready market and therefore the country is on the threshold to the third generation of mobile phones. This generation offers the ability to transfer simultaneously voice, data and non-voice data such as down loading information, exchanging e-mail, and instant messaging. And again, another round of economic benefits is around and will put smiles to the faces of many Nigerians.