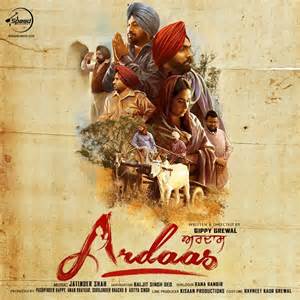 We all like to watch movies, as i am from Punjab state of India, i like to watch Punjabi movies as well and actually these days we are having many great Punjabi movies as well like other Bollywood Hindi movies. The movie was titled as “ Ardaas” which means prayers. Actually I watched this movie earlier as well but I watched it again on this Sunday afternoon in my home with my family. This movie depicts the situation and problems faced by farmers in Punjab and India, the drug abuse between youth, the problem of unemployment or we should say forced unemployment means people who are not willing to work. Situation of schools in villages. And not to forget the issue of female foeticide as well which has sent em the growth of Punjab and whole India as well. So in this movie the main lead role was performed by a very great artist Gurpreet Singh Varaich Who is a very famous Theatre artist and comedian as well who has recently joined politics as well. Back to the movie, in movie earlier the male lead Mr. Singh was shown as a person who stays in the shadow and will of his mother and his mother wants Mr. SINGH’S wife to be checked if she’s pregnant of boy or Girl. Which they got tested and find a baby girl, and her mother wants it to be aborted in the 6th month of pregnancy which results in loosing the life of Singh’s wife which causes a drastic step in Singh’s life and he left his home and shifts to another village, as he’s a teacher he adopted a very friendly way to teach students and love them as well and also recite lines from Gurubani ( Sikh Religion teachings ) as well and tries to help the people in village. He even tries to help people who took drugs and drink daily that its not good to behave like that and these things will effect them adversely and their families as well. To a farmer who is always creating problems with bank loan recovery agents , he helped him and guided him to work hard in his fields so that he can repay the debts and then can live a happy and stress free life. There was a very jolly shopkeeper which role is played by very great Artist Karamjit Singh Anmol who is also a very nice and hard working person in the movie and he also helps Mr Singh in many ways by providing him the village situation and condition as well. It also highlights the situation with Mid day meals offered in Government Aided schools in Punjab and India and its misuse by the Authorities involved there and also the situation of Absenteeism in the village schools as well and teachers taking advantage of students by ordering food and even alcohol as well which is locally made by the village folks as well and illegal as well. It’s like a super movie which has everything emotions, comedy, great music with spiritual singing, nice story, good message and a movie which you won’t regret to watch ever. So its a movie to watch for all. Thanks to A very renowned Punjabi Singer Gippy Grewal who produced this movie.

Related Posts:
What being unemployed can do to you

Why is youth in India unemployed