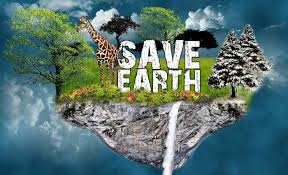 Save Earth, “before it gets too late”. 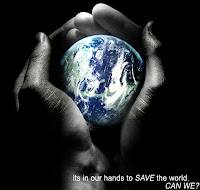 But do you know that green house effect is also very important to maintain life on earth.

Due to increasing population in world, the needs for lands are increasing due to which forest need to cut down. 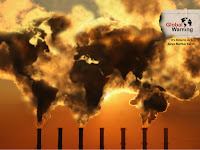 A “carbon sink” is a natural system that stores carbon over thousands of years. Such sinks include peat bogs and the arctic tundra. But if these sinks destabilize, that carbon will be released, possibly causing an unstoppable and catastrophic warming of the Earth.

According to scientists oceans store as much as 50 times more carbon dioxide than atmosphere. but these days even oceans are unable to store it. Oceans have a large amount of Phytoplankton which stores CO2 in them. But due to dissolution of CO2 in oceans forming carbonic acid kill plants.

Carbon dioxide is use by plants to complete their photosynthesis process to make food.

Large amount of carbon dioxide is very harmful for human beings and animals too. But plants grow upto 50 percent faster in very high amount of it.

Ozone is utmost important for earth as it prevents the incoming UV and infrared rays to come to earth. But it is also responsible for air pollution to some extent.

Ozone is utmost important for earth as it prevents the incoming UV and infrared rays to come to earth. But it is also responsible for air pollution to some extent.

Ozone can block the pores of plant leaves and then their photosynthesis will be slowed down.

CFL’s use atleast 60% less energy. If we switch to them then atleast 300 pounds of CO2 an year will be reduced. That means in India we can save cut down 87 billion pounds of CO2 each year. 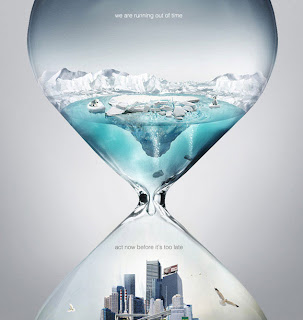 Most scientists agree that the Earth is in fact experiencing increasing temperatures, and many believe that humans are enhancing this overall warming trend. The likely effects of global warming will not be limited to one country ? or even one continent ? and will permeate almost every aspect of the environment and of life for all living things. Potential effects listed here are just a handful of those discussed in the Intergovernmental Panel on Climate Change’s (IPCC) .

Rising sea levels are the most common concern; taking place with a thermal expansion of the oceans? A result of water molecules expanding in warmer temperatures, increased precipitation, and the melting of mountain glaciers. Because all bodies of water have varying shapes and ocean water tends to “swell” differently depending on its starting temperature, the change in sea level is not uniform over the surface of the Earth. In the 20th century alone, sea levels rose 0.17 meters predictions for the next century range anywhere from 0.18 to 0.59 meters. While smaller projections would likely have only relatively modest impacts, the higher projections could have dramatic effects on low-lying coastal communities.

An increase in global temperature will likely enhance the ability forsevere weather, which could mean stronger and more frequent storms. Warmer temperatures cause more evaporation of water, which, as part of the water cycle eventually leads to increased precipitation and further increasing the potential for flooding. While some parts of the world are projected to experience increased precipitation, others may experience higher levels of drought as places that are typically dry ? such as the centers of continents ? experience even more evaporation as global temperatures climb. Scientists, however, are trying to determine whether drought is actually increasing or if we are experiencing a shift in areas of drought.

Warmer winters mean that many deaths related to cold temperatures might be avoided and that the growing season will last longer, a possible upside to global warming. More people around the world die because of winter cold than because of summer heat. A decrease in winter deaths could offset a potential increase in summer heat-related deaths, or even lead to more lives saved as a result of the changed temperatures. With respect to longer growing seasons, there is already evidence in Europe that their growing season has been extended since the 1960s, with spring plants now blooming about 6 days earlier and fall colors coming 5 days later.

With drought affecting some regions and heat intensifying in the tropics, many areas will become unsuitable for agriculture. In tropical areas that are already dry and hot, the ability to harvest food will likely decrease even with small increases in warming. However, warmer temperatures and increased precipitation can also make previously marginal land more suitable for farming. Therefore, it is likely that, with a changing climate, a global change in the agricultural pattern will occur. Yet, it is unknown as to whether or not the increase in the usefulness of marginal lands will counterbalance an increase in drought and desertification.

Other species are also affected by global warming, most often by changes in migration patterns, shorter hibernation times, relocation to new areas, and extinction due to lack of adaptation. For example, many animals accustomed to living in the arctic regions, such as polar bears and penguins, have been forced further out of their native habitat in search of more accommodating habitat closer to the poles. Animals that migrate, such as birds and butterflies, have begun extending their migratory range closer to the poles, arriving sooner and departing later. 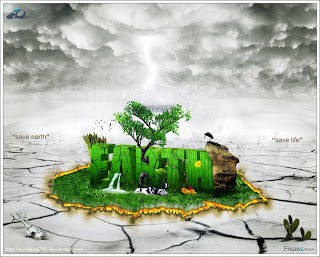 Trees produce oxygen whereby it absorbs harmful carbon dioxide and releases several thousands of rupees worth of life giving oxygen free of cost. The absorption of carbon dioxide that is a ‘Green House’ gas helps slow down Global Warming.

Global warming is caused by green house gases, which trap in the sun’s infrared rays in the earth’s atmosphere, which in turn heat up the earth’s atmosphere. The main gases contributing to green house effect are carbon dioxide, water vapor, methane and nitrous oxide. The largest producers of these gases are the thermal power plants, which burn the fossil fuels and produce these gases in large quantities. The second biggest sources of these green house gases are the road vehicles and industries. The concentration of various green house effect gases has substantially increased in the recent times.

Every area should have knowledge of the trees that can flourish in that area. Area heads/society presidents should encourage the planting of seeds

1. Plant a tree every weekend
2. Ask neighbors to take care of trees.
3. Tell children about flowering trees.
4. Give away an award to the child who plants max flowering trees..
5. School curriculum should also have save a tree campaign to save trees in school.
6. On every child birth, It is important to plant a tree to show happiness.
7. Encourage women to actively take part in planting trees instead of being busy in the boring serials
8. Men should take care of the trees around their offices on any day that they get time – some days are free sometimes  work  in office is less men can sure join to save trees, buy fertilizers etc or donate towards such causes.
9. Gift a child a tree and ask the child to take care Award him 1000 rupees if the tree grows to its full size.
10. Spread the uses of useful plants.

–>
Planting trees is not the only way by which we can preserve our environment.
It is so unexciting to read the same old message, rotting away on your newspapers, blinking on your inbox and plainly printed in your textbooks, about every degree warmer the earth’s getting, with every new thing you’re doing. The concentration of carbon dioxide in the atmosphere has risen from 290 (ppm – parts per million) in 1900 to nearly 400 ppm. However unnerving it is to ponder over the situation, it is way more important to do something about it But what?
Here are some really small steps to get closer to a peaceful earth: Change the way you think and do reduce waste and use paper wisely, use both sides n do not waste a single. Use recycled paper if you can 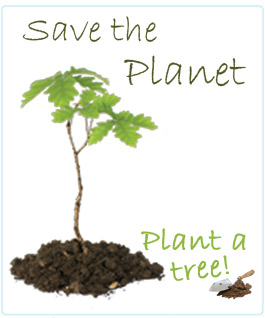 1. Plant a tree: A single tree will absorb one ton of carbon dioxide over its lifetime. Shade provided by trees can also reduce your air conditioning bill by 10 to 15%.

2. Replace a regular incandescent light bulb with a compact fluorescent light bulb: CFLs use 60% less energy than a regular bulb, about 300 pounds of carbon dioxide a year saved.
3. Clean or replace filters on your furnace and air conditioner: Can save 350 pounds of carbon dioxide a year.
4. Choose energy efficient appliances when making new purchases:
5.Do not leave appliances on standby: Use the “on/off” function on the machine itself. A TV set that’s switched on for 3 hours a day and in standby mode during the remaining 21 hours uses about 40% of its energy in standby mode.
6.Move your fridge and freezer: Placing them next to the cooker or boiler consumes much more energy than if they were standing on their own. Defrost old fridges and freezers regularly Even better is to replace them with newer models.
7. At home: replace your old single-glazed windows with double-glazing you can even save more than 70% of the energy lost.
8.Cover your pots while cooking: Even better are pressure cookers and steamers: they can save around 70%!
9.Use the washing machine or dishwasher only when they are full. Nowadays detergents are so efficient that they get your clothes and dishes clean.

10.Take a shower instead of a bath: A shower takes up to four times less energy than a bath.
11.Cut down on your polythene usage: Collect all when you for shopping & keep them in your treasure box, use them the next time.
12.Reduce the number of miles you drive by walking, biking, carpooling or taking mass transit wherever possible  Avoiding just 10 miles of driving every week would eliminate about 500 pounds of carbon dioxide emissions a year!
13.Think before you buy: One bottle of 1.5l requires less energy and produces less waste than three bottles of 0.5l. As well, buy recycled paper products: it takes less 70 to 90% less energy to make recycled paper and it prevents the loss of forests worldwide. Choose products that come with little packaging and buy refills when you can. Reuse your shopping bag. Buy fresh foods instead of frozen and Frozen food uses 10 times more energy to produce.
14.Spread awareness & Encourage others:30.Encourage your school or business to reduce emissions. You can extend your positive influence on global warming well beyond your home by actively encouraging others to take action.
15.Encourage the switch to renewable energy: Successfully combating global warming requires a national transition to renewable energy sources such as solar, wind and biomass.
16. Protect and conserve forest worldwide: Forests play a critical role in global warming: they store carbon. When forests are burned or cut down, their stored carbon is release into the atmosphere – deforestation now accounts for about 20% of carbon dioxide emissions each year.
17. Change your traveling and driving style: Start a carpool with your coworkers or classmates, sharing a ride with someone just 2 days a week will reduce your carbon dioxide emissions by 1,590 pounds a year. Keep your car tuned up, when just 1% of car owners properly maintain their cars; nearly a billion pounds of carbon dioxide are kept out of the atmosphere.
18. Drive carefully and do not waste fuel: You can reduce CO2 emissions by readjusting your driving style. You can reduce CO2 emissions by readjusting your driving style. Choose proper gears, do not abuse the gas pedal, use the engine brake instead of the pedal brake, and turn off your engine when your vehicle is motionless for more than one minute.
19.Check your tires weekly to make sure they’re properly inflated: Since every gallon of gasoline saved keeps 20 pounds of carbon dioxide out of the atmosphere.

"before it gets too late"., Save Earth