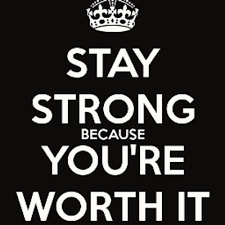 One of the biggest reasons for deaths in the world besides illnesses such as cancer and heart diseases is Suicide. There are more and more people who are deciding to end their lives foolishly and in a cowardly manner. In Perth Alone, there has been a rise in the number of suicide cases. What is the reason?

There are so many young people, who are unable to cope up with the facts of life and decide to end it. Suicide is becoming alarmingly common these days and there needs to something done about it.

It’s Important to Understand ‘Why suicide….?’:
Increasing population, Globalisation, competition, lack of privacy problems are some reasons that are increasingly driving people to contemplate a step as extreme as suicide. Of the usual demograph, the 20-something age group seems to be the most volatile of the lot.

Unrealistic goals coupled with the desire to have more never seemed to end. Today I want money, then I want more money and thereafter I want even more money. Nothing is good enough, nothing is enough. And that is what frazzles their nerves and makes them fragile.

Break up of the joint family system, increasing number of one parent families, nuclear families, have made parents take the easy way out- giving material gifts in the place of time, communication and emotional stability, as a result the child’s coping skills are not fully developed and this makes them vulnerable to all and any stress-causing stimuli.

Youngsters suffer from a severe loss of a confidence. When they do confide their suicidal tendencies to their friends and family, the warning is usually not taken seriously and sometimes even brushed off as emotional blackmail. The affected individual feels unimportant, emotionally bruised and uncared for. And that’s when the concerned individual decides to act upon the warning. The suicidal feeling can subside with emotional care, communication and concern. Callers can get emotional support for their suicidal pain, they are assured of confidentiality and anonymity.

HOW WOULD I KNOW IF SOMEONE IS THINKING ABOUT SUICIDE?Depression and suicidal feelings are very treatable. The adolescent needs to be assessed by a mental health professional and treatment instituted. When in doubt whether an adolescent has a serious problem, choose to get an assessment.
If one or more of these signs of depression persist, help should be sought;

Many of the signs and symptoms of suicidal feelings are similar to those of depression. Signs of adolescents who may try to kill themselves include:

A teenager who is planning to commit suicide may also:

HOW CAN YOU HELP? WHAT YOU CAN DO?
If you notice these signs and symptoms or an adolescent makes statements about harming him or herself, committing suicide or not wanting to live always take the statement seriously and immediately seek assistance from a qualified mental health professional. People often feel uncomfortable asking the question, “are you thinking about hurting yourself” or “are you suicidal” but it is absolutely necessary. These questions will actually provide assurance that somebody cares and will give the young person the chance to talk about the problems.

HOW CAN I HELP SOMEONE DEALING WITH FEELINGS OF SUICIDE:

Be direct when addressing suicidal intentions. Ask: “John, are you thinking about suicide?” If the person is suicidal, studies show that such a question can be a relief. Her or she may actually welcome the chance to express painful feelings. If the person is not suicidal you have still expressed care and concern.