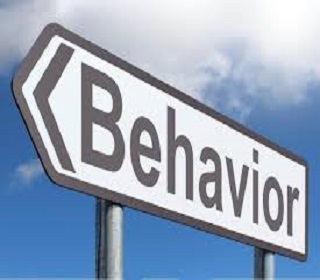 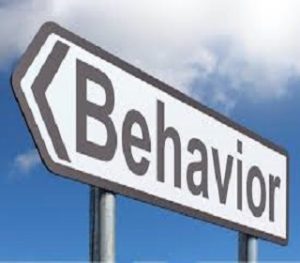 Many years ago a very interesting scientific discussion raised, which saw protagonists Konrad Lorenz,  Skinner, Fromm, and  Wolfgang Wieser. The matter was human and animal behavior. According to Lorenz, inheritance constitutes the unchanging basis of human behavior. For Lorenz it is strictly linked to the hereditary gene pool of the species, and it unleashes a sequence of reactions when specific circumstances arise.

According to Lorenz, all human behaviors are governed by the sole connection of cause and effect. But as we will see, Lorenz never neglected the responsibility of the contemporary society.  On the contrary, for Skinner and others, both human and animal behavior is connected to the interaction of different elements, such as education and society. In this dual context, Wolfgang Wiser proposed a new model about human and animal behavior that, in his opinion, is not governed solely by instincts but also by programs.  In this sense, it would be really interesting to know what programs are running when some aberrant behaviors occur, such as aggression and violence, strongly “encouraged” in all contemporary societies. But, as far as I know, the Cybernetics applied both to biology and behavior is a methodology that is still awaited.

In the absence of straight answers, it seems that there is nothing else we can do but rely on good luck, because, in Lorenz’s opinion, the behavior of contemporary men, especially of young generations seems literally unmodifiable. They have broken away from tradition, saying: “What is for? It is useless.” Hedonism is their creed, and money the sole object of desire, because money opens doors, and makes the world go round. In essence, it seems that the same morality is what we like.

But hedonism, the son of skepticism, can result a dangerous philosophy when applied to organized societies. I can’t make history of skepticism, but coming to the heart of the skeptical philosophy, it basically states that we do not know absolutely nothing about the true nature of things, and therefore we can’t say anything of positive or negative about them.  All vanishes into the world of opinions: what we look is real, and it must be true, and vice versa.

Therefore, “If nothing is true, everything is possible.” But what would happen if we apply this principle to the education of young people? It could mean that “every behavior is possible.” The consequence is that young people behave like the ancient skeptics, so they do what they like. The social consequences are just as serious, because Western societies are becoming increasingly chaotic, where, as the ancient skeptics, everyone tends to do as they please. Lorenz, in his “Studies in Animal and Human Behavior”, asked himself what does more damage to the mind of the modern man: his greed or excessive haste. He stated that no psychological analysis of these reasons was made, but, in his view, it is highly likely that, apart from greed and desire for higher social rank, fear plays an essential role — fear of being overtaken in the race, fear of poverty, fear of making wrong decisions. Anxiety undermines modern man’s health, causing hypertension, renal atrophy, heart attack and other diseases, Lorenz concluded.

Lorenz took a dim of advertising for its “harmful effects” on the people.   “Consumers are stupid, ” he said, and “nobody rebels against the fact that with every tube of toothpaste, with every razor blade, he is forced to buy a package that serves only the ends of advertisement.” I can’t blame him, but, all thing considered, advertising would be the key to solving the problem of convincing people to change behavior for the better. This idea might look like a quibble, but, failing anything better, it may be the last resort for changing human behavior. So we should throve ourselves on persuasive communication that is typical of advertising discourse, with arguments whose objective is to produce a specific kind of behavior in human beings. Persuasive communication speaks about their irrational beliefs, unconscious desires, feelings, and emotions. Subliminal advertising seems to be the last chance for changing human behavior.

Persuasive communication and subliminal advertising offer to us a “scientific approach” that perhaps would be effective. Marshall McLuhan, who coined the famous term “Global Village,” studied how the media affect men, exercising often unconscious conditioning to the level both of their mind and actions. But we should not get carried away with excessive enthusiasm for advertising, because we need to find money to achieve this heroic undertaking.

What’s going to come out of this mess?

The devil has had a hand in this, and so we are probably doomed to living in this Global Village all our lives. We’ll need a thousand years at least to change things.

Related Posts:
The Importance of Brand and Business Promoting

Are you ready for change and when it will happen?