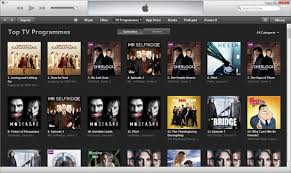 One of the things you need to learn about watching television programs, or movies on line for free, is that they get hacked, cracked and sacked with regularity.

They are attacked by persons associated with the owners/broadcasters/stations whatever connected with the program.  It is as if you are eating out of their pocket.

I can understand in America or Britain, but not in the 3rd and 4th World where we will never see these programs; or won’t see them for a decade simply because our local stations as well as cable do not broadcast them.

So for me to watch a serial like Rosewood is impossible, unless I can watch it on line.

However, those who ‘own’ the rights don’t feel like that so spend their time running around trying to take down those sites which offer free on line television viewing.

What you will find is that a site will be up, then suddenly gone.  Few give you a head’s up.  You might be watching a show when the site goes.  Don’t fret.

Always do searches for new sites and bounce from one to another without feeling dislocated.

Some sites will start out watch.com, then have another site; watchseries.com, then another watchepisodes.com, on and on, often having the server in some odd place; Iceland, Croatia, Tuvalu, on and on moving like a hummingbird.

And what you have to do is move with them.

Never get fed up, never join a pay to view site… even if they give you some song and dance about ‘we won’t charge you… but give us your credit card anyway…’  move on.

Don’t pay for what you can get free.

Many people will capture television programs and post them from vidzi.tv to streaming.to to likeafool.com… there are hundreds of sites that people post to, and hundreds of sites which link them under one mantle.

Is an Online Education Right for You?

How to Protect Your Identity Online