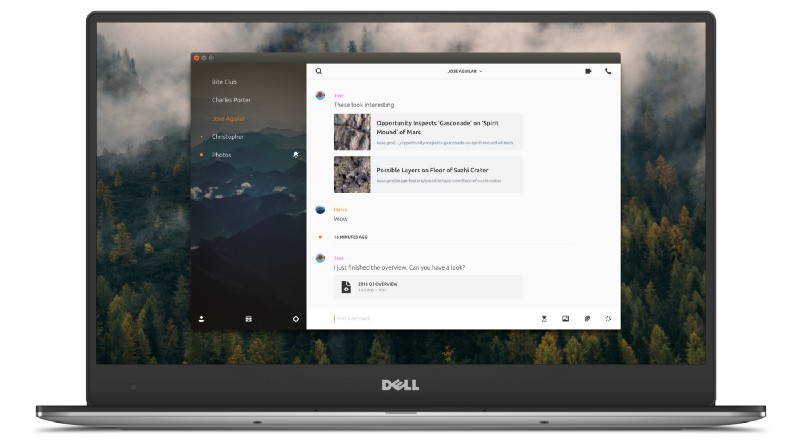 I remember using Skype for almost everything. I have used Yahoo messenger, Skype and many others for some time. I learned that as Yahoo stopped the messenger, it was role for the wire to work on some of the security related messenger. In case of Yahoo the connection was secure for the clients. You don’t get to see that with the Skype. The reason being many such apps with similar sources have their set of rules. I have found that Wire has lot of interesting features worth taking a look at. If you are already using something like say Telegram then you may not need to change from there. But if you are using Skype and other messengers which have no security and has ads, then it’s worth changing for sure. Let’s take a look at some of the features of the Wire messenger app.

The biggest issue with many chat apps is that it lacks the security. And you have to consider using some sort of connection wise security for such apps to work. I have found that only telegram has such options. And only they managed to keep things running with some level of security. You can say that security means even bad people can not be tracked. Yes but by giving excuse of bad people, you may have to keep access open. And that is not something most of the chat apps want to do. So they are making the security more tight on that part. I think Wire app too has managed to balance some of the desktop apps security in their settings.

Most of the apps such as whatsapp and Hike are going to use the ads. And they wish to make money using the displayed ads. To some extent that is fair enough for them to survive using the ad money. But if you consideer how the messaging apps are collecting data while using the ads, I think that’s not fair enough. Instead they can ask for the messenger to be going paid. I don’t think anyone woud mind about that. Because ads have managed to make it harder for people to keep the privacy. And these days most of the things that you see going on are all about the privacy so make sure you pay attention to that as well.

Another area that I think it needed improvement was the audio. I have found that Audio is worth checking out in such apps. Most likely some apps make use of your own connection speed for audio. Some relay the signal through their servers. And in this process there is a loss in the audio stream. I want to understand how to manage the audio during this process. Some video chats may also not work well with 1 on 1 video services. I know that because I used skype many times and found out that it’s not upto the par as I expected it to be. But yeah Audio and Video services from most of the paid services are lot better due to their servers managing the audio and video stream far more effectively. Like say Gotomeeting is lot better some of the time than whatsapp audio stream or video stream.

Another thing I liked about the app is that it has @username. Most of the apps don’t offer that. So it’s some of the times better to have it. Because that way we can easily tag that person and then communication can be resumed as well. I am sure with time, there are going to be many updates for this app. As of now it is available on all the mobile devices with Android, iOS and Windows. There is also Linux support going on. And Mac version too is similar like the Windows version. So it’s another app worth checking out.