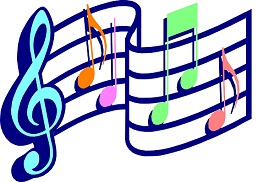 Many people will remember the ‘good old days’ of Jazz, Rock’n’Roll and Pop music of the late 20th century. The large majority of the younger generation listen to the music being created today, mainly electronic dance music (EDM), and of course, Pop music. After talking to a wide range of people from various demographics, I have gathered opinions to assess the direction that music has taken and the direction it is going.

Pop music is simply popular music at the current time. It is constantly changing, always reflecting and depicting the times in which it is created. For example, during World War 2, all sides, the Allies and the Nazis used music as a propaganda tool. These songs spread all over the world and inspired troops worldwide. Nowadays, music reflects the electronic element that so many people seem to love. EDM is one of the most listened to genres at the moment, and that is why current artists that focus on Electronic music are also being labelled as Pop artists.

After an interview with Mark Scott, Head of Music at Newington College, I understand the effect that Pop music really has on society. Pop music, now more than ever, has been created to be easy to listen to. For non-musically minded people, most music is simply music, no matter whether the chord progression ends in a satisfying cadence or whether or the song has a pleasant counter-melody. Pop music at its core is music that is popular. So, for one to say that Pop music is bad, good or neither good nor bad is an entirely subjective perspective, but the general consensus is that Pop music is just music that people like to listen to. Once an artist releases a hit, the people listening to them become curious. They start to explore their music, and eventually all the music that artist makes are considered popular whether or not they are good songs.

Chris Paton, Head of Contemporary Music at Newington College, discusses the nostalgic feeling that the older generations feel when they listen to older music. The feeling they experience often causes their opinion lean to the ‘anti-pop’ perspective. Mr. Paton states that ‘What I hate about the large majority of Pop music and EDM these days is that it lacks much of the spirit and sophistication of yesteryear.’ This is a very important point about Pop music. Due to the massive use of electronics to create music, the soul of music is gone, or at least withered so much from where it was in the 20th century that it is almost unrecognisable.

Furthermore, Pop music is not by far the only music being created today. Besides EDM music, which often crosses over into the Pop category, there are music genres such as Alternative Rock and people are still writing and publishing Jazz songs, Classical pieces, Blues, Soul, Classic Rock etc.. From my point of view, a lot of this music is good music. There are some fantastic Alternative Rock bands, such as Queens of the Stone Age, Violent Soho, Arctic Monkeys, Sticky Fingers, the list goes on. In my opinion, these bands are so good because they are able to mix older Classic Rock with elements of modern electronic music when composing/making songs.

There are a multitude of reasons that make up music. The raw elements of songs from all time periods are timbre, pitch and dynamics, or volume. These three elements change as the typical characteristics of the music change. For example, dynamics are a lot more straightforward than they were in the past. Nowadays, there isn’t as much of a range, and the range of the dynamics is typically louder. There are also straightforward ‘terraced dynamics’, which are just levels of volume, with no in between. On the contrary, the pitch of songs has increased. With the introduction of machines and software into the creation of music, we have been able to use pitches that weren’t available to artists previously. In regards to timbre, ‘Scientific American’ a renowned article website published a University’s work on timbre. The University collected a database of 50 million songs, and statistically proved that the overall variety in timbre was shrinking. This means a more and more homogenous sound over all songs. This is most likely due to the common structure of songs now and the software that people use.

Money is another contributing factor to the worsening state of music. During the age of Rock, Jazz and Classical music, many artists were getting paid barely enough to live off. For example, when the classic Australian band AC/DC started they were just getting by with their income from their shows. Other bands often have to have other jobs to support them on their music careers. However, they persisted because they loved what they did, no matter the income they got. Today, on the other hand, many artists are in it for the money. They seem to not care about the art of music, but they just manufacture songs that will make them money, not convey their opinions and views or their feelings on a certain topic. This is a very big factor in the declining quality of music: passion.

Mobile Multimedia: A New Peak For The Alpine Car Stereo

Risen and Shall Rise Again

List of Interesting Conversation Topics that every one need to know

In conclusion, I believe that music has gotten worse with regards to today’s music. This is due to the more and more homogenous sound that has been described from the large database of songs collected by a university in the U.S. However, I think that music will loop back around or at least change in the future, and hopefully be something worth listening to.