Available Balance
Two creative men built their own swimming pool with indigenous materials, no equipment at all!
Viral Post
jared
0 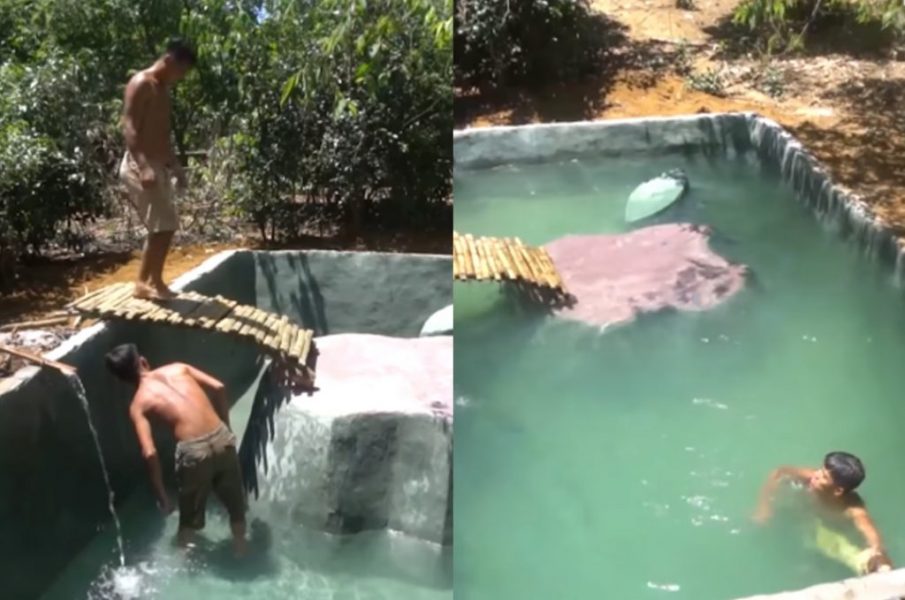 Nothing is impossible as long as you exert enough effort for it to become a reality. Building something that you desire is not as easy as you think, that’s why people who have the capacity will resort to just paying people to build it for them. But for some who can’t afford employing other people, they tend to take matters on their own hand. Literally.

Two men decided to build a whole swimming pool on their own. Sounds tedious right? Well, it definitely is, plus the fact that the two did not even use any construction equipment. They just used a couple of bamboo and their bare hands!

They started by drawing a line on the ground as a marker on how big their pool will be. After that, they started digging a large hole in it. Imagine doing this with only the two of you! They even made an elevated area at the center of the pool where you can jump from or rest.

Once they’ve reached the desired depth of the hole, they started pouring cement on the floor area and the pool’s walls, using only their hands! The two then successfully finished this task and was able to cover the pool with cement. They’ve reached night time but they still continue doing their project even in the dark.

The next day, they started putting color on their project. But instead of using paint, they, again, used indigenous materials such as the extract from crushed leaves and flowers. They painted the pool with these using nothing but their bare hands.

What else does a swimming pool need to be functional? Water, of course. Since there is no direct source of water in the pool area, they used a couple of bamboos and connected them to the water source nearby. Now all they have to do is wait for the pool to be filled up!

Related Posts:
Marian Rivera wows her fans in a photo posted in Instagram

Argentinian mother chose to live in a shipping container, she remodeled beautifully

Soon, the two men enjoyed the fruit of their labor as they swim endlessly in their masterpiece.