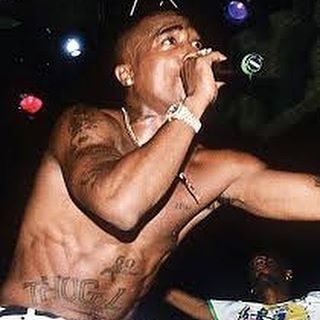 He is in the educational system, The rapper certainly is skilled with his craft. How many can say that their work is in educational institutions? Perhaps some have misunderstood the accomplished rapper but there should be appreciation because there are so many students becoming more familiar with his poetic abilities. Some may have viewed him as thuggish but he’s so much more. The poetry is certainly developed in such a way that some are in ah about. He’s supplied the students with “teachings” that were given to him by his mother Afeni Shakur. If any person isn’t familiar with the rapper then perhaps searching his work will generate the understanding.

Tupac Shakur and His Talents

Rapping, Writing, Producing, Acting, Apart of Activism, and Producing his own Poetic Views. Tupac is certainly talented and how many wish they as talented? There is skills within his work. There is more than the eyes can see. Some are unable to imagine the gifts stored within Tupac Shakur. He’s accomplished so much while he was younger. There is still music, and other works produced by the rapper named Tupac Shaur. There are so many following his work all around the world. Imagine how many rappers would be thrilled to have their work being taught within the educational system. There are some still trying to accomplish half of what Tupac has accomplished.

The movies he’s acted in will display the type of skills Tupac has. There are some trying to get to know exactly what Tupac has been given. There is no doubt that he’s gifted. Accomplishing what Tupac Shakur has accomplished seems to rub some in a different way. “I’ve certainly appreciated the talents and will continue to appreciate his poetry.” (Tanikka Paulk). The students enjoy reading his work and they’re enjoying hearing the voice of Tupac Shaur. Yes the rapper has a very distinguished voice. He’s continuing to produce the work in which takes closer listening to. Yes, he’s very outspoken and some seem to think that he’s without education but he has self educated.

Tupac Shakur continues to supply his gifts to students and others across the United States and the world. He’s competitive and some aren’t thrilled about having to compete. There is strength in his words and there is boldness in his tone. Just listen to some of the words spoken and written by the rapper. The poetic pieces are so deep. The words which flow about are words in which some dare to understand. Students are learning more and more from the rapper. The skills he’s developed seems to capture the attention of the higher learners. “There is joyfulness to have read, listened to, and viewed the work of the most accomplished rapper in time.” (Tanikka Paulk).

Tupac’s mother showed him how to fight for his rights and others. To be vocal about causing in which can help People. Yes, Afeni Shakur was apart of the Black Panthers and was “very connected” with activism. Tupac developed some of his skills from his mother. He became what so many continue to inspire to be. Some may think that his thuggish ways aren’t what persons should mimic but he’s more than a thug as he will say. There is more to the rapper than the lyrics and more than the eyes can see. The music continues to sell to reach the fans. Tupac Shakur is greatly appreciated and loved.

Related Posts:
My Experiences as a Writer

Put the Culinary Skills to Use