Available Balance
The BBC; turn to the CNN for News
News & Events
kaylar
0 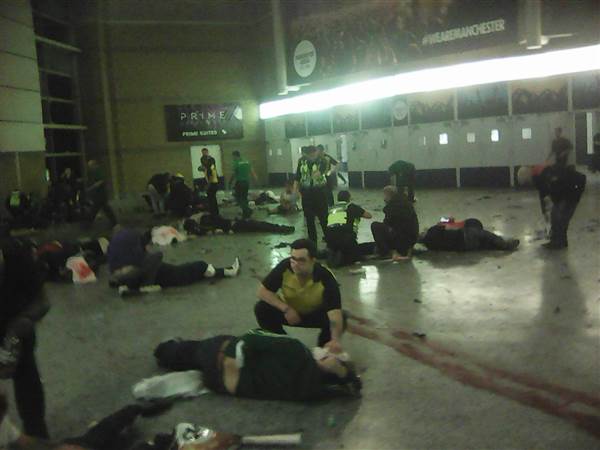 Last night there were explosions in Manchester. I heard the report, virtually live, on the BBC.    I had no idea what happened, so despite hearing the blah blah I went to the Web site to see if there was any information.

The Web Site had not been updated, so there was no information concerning the event.

I had something to do, so stepped away from the radio and computer for a time, then returned.

The BBC World Service was still giving blah blah so I brought up the CNN on the computer and found out about the suicide bomber.

This was last night, about six thirty, Jamaica time.

This morning, the BBC was still repeating blah blah, finally coming to the assertion that was previously stated on the CNN about twelve hours ago… that the explosion was caused by a suicide bomber who was in the foyer of the area in Manchester arena.

What stunned me by this, was that the change in the BBC has not simply been filling in fifty minutes every hour with worthless blah blah, but the pathetic state of their news reporting.

Years ago, the BBC was virtually all news all the time, and it was all live save recorded interviews or a need to rerun the original statements.   There was no time limit in a news broadcast, and the news was that… NEW.

For some sick reason, the BBC has dumbed itself down to near worthless.

How is it, that last night, while the BBC babbled nonsense, the CNN could pin point what happened, how it happened, and the BBC could not?

How was it that the CNN web page could be giving facts, videos, twelve hours before the BBC?

When there is a new kid on the block, one is forgiving.  A new television station or Internet page gets a kind of ‘bly’ because they are new.

When a radio station like the BBC, which has existed for nearly ninety years, a station which had been highly respected, tumbles into rubbish, it is a time of mourning.

There has been changes in the BBC, none for the better.

That one waits for nearly twelve hours to get what another station broadcast, there needs to be a serious rethink.