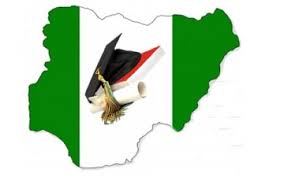 Some bandits, on Saturday, reportedly raided a mining site at Janruwa Village, Birnin-Gwari Local Government Area of Kaduna State, killing 14 miners and injuring many others.

Birnin-Gwari, a few kilometres from the Kaduna metropolis, is a gateway to the south-western part of Nigeria and had been under severe attacks by bandits, mostly cattle rustlers, kidnappers and other criminal elements.

The Saturday attack came only weeks after 11 soldiers were killed by bandits in the area in March.

It was gathered that the bandits, who stormed the mining site in their hundreds riding on motor bikes, opened fire on everyone in sight.

The exact number of people killed could not be ascertained. While some said 40 miners were killed, a source told our correspondent that only 14 people died with about 30 others injured.

The Commissioner of Police in Kaduna State, Austin Iwar, confirmed the attack but was silent on the number of those killed.

He said the police had yet to confirm the casualty figure but were on top of the situation.

A source told our correspondent that the bandits, after killing the miners, burnt their bodies beyond recognition.

“The attack occurred between 12pm and 1pm on Saturday. The bandits, in their hundreds on bikes, stormed the mining site at Janruwa and opened fire on anybody in sight.

“Over 40 persons were attacked. No fewer than 14 are feared dead. It was a gory scene. The bandits, after shooting and killing, burnt the dead beyond recognition.

“This is coming after last month’s killing of 11 soldiers deployed to keep peace in Birnin-Gwari.

“We thought that after the visit of the Federal Government’s delegation, led by the Minister of Interior, Abdulrahman Danbazzau, the situation would be calm,” the source said.

Though the reasons for the attack were not clear, sources said the bandits were on a revenge mission over the killing of their gang members by the local vigilance group.

It was gathered that no fewer than seven corpses were deposited at the Jibril Maigwari General Hospital mortuary while more than 13 people with gunshot injuries were being treated at the same hospital.

The source said while the Kaduna-Birnin Gwari highways and adjoining villages were relatively peaceful, the Birnin-Gwari-Funtua  Road and the eastern part of the local government had continued to be under attacks by bandits.

Two suspected robbers who allegedly specialised in snatching motorcycles from Nigeria and selling them in the Republic of Benin have been apprehended by men of the Ogun State Police Command.

The two cross-border suspects were identified as Evans Ajao and Isaiah Aigba.

The command also stated that another motorcycle snatcher, who stole a motorcycle from its owner in the Abeokuta metropolis and was trying to escape with it, died after he fell into a ditch.

He noted that a team led by the Divisional Police Officer at Odeda, Muhammad Baba-Suleiman, arrested the suspects following a distress call that the men had snatched a Bajaj motorcycle at Alabata area.

Oyeyemi explained that on the strength of the call, the DPO and his team blocked all exit routes in the area and the hoodlums were apprehended with the motorcycle.

He said, “On interrogation, the duo confessed to have been in the business of motorcycle theft for quite some time and that they have standby buyers once they succeed in taking a motorcycle to the Republic of Benin.

“The state Commissioner of Police, Ahmed Iliyasu, has directed that the suspects be transferred to the Special Anti-Robbery Squad, Abeokuta, for further investigation and prosecution.”

The police spokesperson said another motorcycle robber met his Waterloo on Saturday, April 28, 2018, when he snatched a motorcycle and shot the owner at the Abule Ijaiye area of Lafenwa in Abeokuta around 4.45pm.

The robber, who had reportedly pretended to be a passenger, was alleged to have suddenly brought out a locally-made double-barrelled pistol and asked the rider, Toyin Ayoade, to surrender his motorcycle.

Oyeyemi said it was while the rider was struggling with the suspect that the robber shot him in the hand and snatched the motorcycle.

“Following a distress call from the victim, the people of the community gave the suspect a hot chase. While he was running away on the motorcycle, he fell into a ditch and hit his head on a concrete culvert. He died on the spot.

“Also recovered from him were one locally-made double-barrelled pistol, two live cartridges and the snatched motorcycle,” the PPRO added.

Oyeyemi said the owner of the motorcycle was recuperating in a hospital.