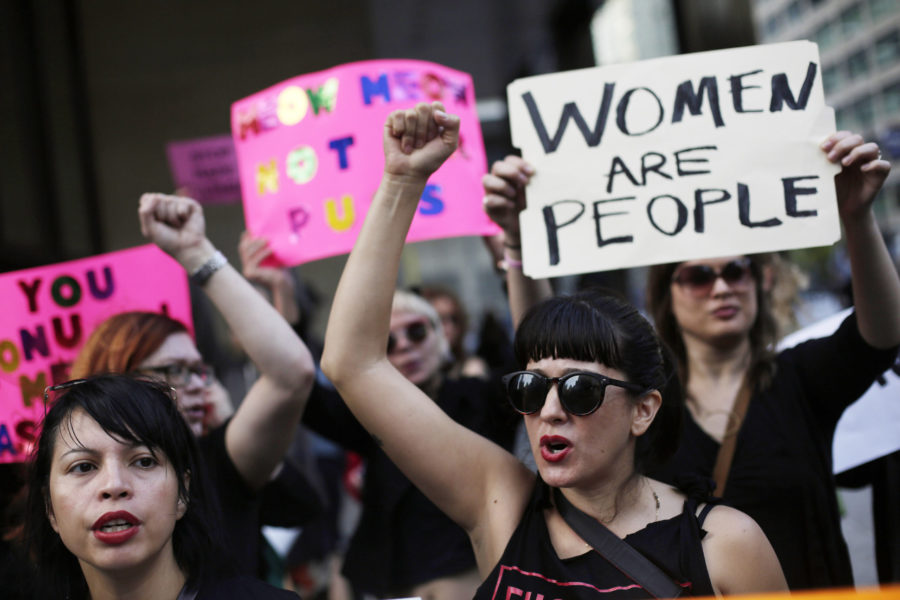 Women have suffered from a long history of oppression. They were given no education, no freedom and were even forced to marry grown men at puberty. Throughout years, wimen worked hard to prove themselves capable of performing as good as men do in different fileds. Yet, they are still facing street harassment and disrespect on daily basis. Need a proof ? look around you. If you’re a Tunisian female reading this: how many times a day do you hear remarks in the street like “Hey girls, need boys?” “psst girl, you look so fine” “waw what a beautiful ass” ; how many times a day to you get sexually harrassed and how often do your family members, especially the elderly, ask you questions like “why are you ctting your hair? you look like a dude. Be a girl. ” or “go prepare the meal for your brother, he is the male” …? And as if the social harrassment isn’t enough, law also takes part in this dilemma. For example , Tunisian law allows the rapist to avoid prosecution in case of marriage with his victim. In fact, victims are the ones being blamed, punished and mistreated by the entire society including their families, their own blood. When a woman wants to defend herself, she has to be extra brave. Nowadays, some Tunisian families still care about preserving their “honour” more than caring about what’s best for their daughters. Thus, they are usually discouraged from doing anything that can risk the family name or a future marriage. Also, women are seen as as a sexual object, they are mostly noticed for their bodies and judged upon their appearances. In Tunisia particularly, a woman is harassed whether she’s wearing a hijab, a niqab or a short skirt limits. It’s such a crying shame that in the 21st century, in a country like Tunisia where women have proved to be strong and capable of performing as good as men do in different fields, females of all ages are being sexually harrased for their outfits, their sexualities, their political choices … And what is even more shameful is the fact that there are no serious govermental initiatives to treat the sexual frustration which I personally believe is the main reason behind this situation. Until when do we Tunisian women have to stand such practices ? One thing is for sure, we need to fight for the change we need, we need to fight for our rights on our own.