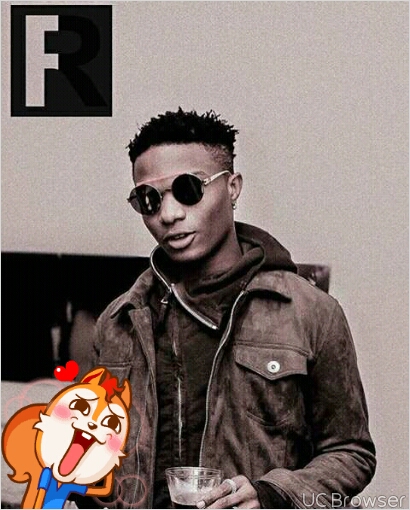 Aviation affects the environment due to aircraft engines emitting noise, particulates, and gases which contribute to climate change[1][2] and global dimming.[3] Despite emission reductions from automobiles and more fuel-efficient (and therefore less polluting) turbofan and turboprop engines, the rapid growth of air travel in recent years contributes to an increase in total pollution attributable to aviation. In the EU, greenhouse gas emissions from aviation increased by 87% between 1990 and 2006.[4]

At present aviation accounts for 2.5% of global CO2 emissions.[5] Due to projected growth in air travel, in the most technologically radical scenarios for having a better than 50% chance of keeping global warming below 2 degrees Celsius, in 2050 aviation will make up 15% of global CO2 emissions. In more conventional scenarios its emissions will exceed the entire global carbon budget before then.[6] This presents governments and the operators of aircraft with a responsibility to reduce the aviation industry’s emissions.
Mitigation of aviation’s environmental impact can be achieved through a variety of measures, the most obvious and arguably the most economical of which is to reduce the fuel burn of the aircraft as this accounts for 28% of an airlines costs. However, there is a wide variety of other options available to minimise aviation’s growing impact upon the environment as are listed below:[7]

The Boeing 787 Dreamliner promises to provide 20% lower fuel burn than current-generation aircraft.
As stated previously, reducing the direct fuel burn of an aircraft is the most obvious and arguably the most economical way of reducing emissions attributable to aviation. Over the last 40 years, commercial jet airliners have become 70% more fuel efficient and are predicted to be another 25% more fuel efficient by 2025.[7]

The next-generation of aircraft, including the Boeing 787 Dreamliner, Airbus A350 and Bombardier CSeries, are 20% more fuel efficient per passenger kilometre than current generation aircraft. This is primarily achieved through more fuel-efficient engines and lighter airframes & supporting structures made of composite materials but is also achieved through more aerodynamic shapes, winglets, a “one-piece” fuselage and more advanced computer systems for optimising routes and loading of the aircraft. [8]

Route optimization Edit
Currently, air traffic corridors that aircraft are forced to follow place unnecessary detours on an aircraft’s route forcing higher fuel burn and an increase in emissions. An improved Air Traffic Management System with more direct routes and optimized cruising altitudes would allow airlines to reduce their emissions by up to 18%.[7]

In the Continental Airlines test, the engine running partly on biofuel burned 46 kg less fuel than the conventionally fuelled engine in 1 and a half hours while producing more thrust from the same volume of fuel. Continental Airlines’ CEO, Larry Kellner, commented “This is a good step forward, an opportunity to really make a difference to the environment” citing jatropha’s 50-80% lower CO2 emissions as opposed to Jet-A1 in its lifecycle.[9]

From 2014 onwards, British Airways, in co-operation with Solena, is going to turn half a million tonnes of waste annually that would normally go to landfill from the City of London into biofuel to be used in the British Airways fleet. Waste derived biofuel produces up to 95% less pollution in its life-cycle and so therefore this measure will reduce emissions by the equivalent of taking 42,000 cars off the road every year.
Airlines and airports are looking at ways of reducing emissions and fuel burn through the use of improved operating procedures. Two of the more common ones in operation are a single-engine taxi to and from the runway and the use of a Continuous Descent Approach, or CDA, which can reduce emissions significantly during the operations in and around an airport.[11] Scandinavian Airlines (SAS) is now operating its Boeing 737 fleet at a slower cruising speed to help reduce emissions by 7-8%.[12]

Emission Trading Scheme Edit
In the EU, aviation will be including the European Emission Trading Scheme from 2012 onwards. The scheme places a cap on the emissions an aircraft operator can emit and forces the operator to either lower emissions through more efficient technology or to buy “Carbon Credits” from other companies who have produced fewer emissions than their cap. It is thought that this will reduce aviation’s net environmental impact.
Edit

Aviation produces a number of other pollutants besides carbon dioxide including nitrogen oxides (NOX), particulates, unburned hydrocarbons (UHC) and contrails. A number of methods to reduce the level of these pollutants follows:

Nitrogen oxides (NOX) Edit
Nitrogen oxides have a far stronger impact upon climate change than Carbon Oxides and are produced in small quantities from aircraft engines. Engine designers have worked since the start of the jet age to reduce NOX emissions and the result is ever reducing levels of nitrogen oxide emissions. For example, between 1997 and 2003, NOX emissions from jet engines fell by over 40%.[13]

Particulates Edit
Particulates and smoke were a problem with early jet engines at high power settings but modern engines are designed so that no smoke is produced at any point in the flight.[13]

Contrails formed by high altitude aircraft.
Unburned hydrocarbons (UHC) are products of incomplete combustion of fuel and are produced in greater quantities in engines with low pressure gains in the compressors and/or relatively low temperatures in the combustor. As with particulates, UHC has all but been eliminated in modern jet engines through improved design and technology.[13]

Contrails Edit
Aircraft flying at high altitude form condensation trails or contrails in the exhaust plume of their engines. While in the Troposphere these have very little climatic impact. However, jet aircraft cruising in the Stratosphere do create an impact from their contrails, although the extent of the damage to the environment is as yet unknown. Contrails can also trigger the formation of high-altitude Cirrus cloud thus creating a greater climatic effect.[13] A 2015 study found that artificial cloudiness caused by contrail “outbreaks” reduce the difference between daytime and nighttime temperatures. The former are decreased and the latter are increased, in comparison to temperatures the day before and the day after such outbreaks.[14] On days with outbreaks the day/night temperature difference was diminished by about 6F° in the U.S. South and 5F° in the Midwest.[15]

In the three days following the September 11 attacks on the World Trade Center in New York City, when no commercial aircraft flew in the United States, climate scientists measured the daily temperature range over 5000 weather stations across the USA. The results showed a 1 ° Celsius change in the average daily temperature range for those days of the year, thus showing contrails do have a significant impact on climate.[3] Potential ways of reducing the impact of contrails on our climate include reducing the maximum cruising altitude of aircraft so high-altitude contrails can not form. Cruising at lower altitudes would marginally increase flight time and increase fuel consumption by 4%.
One of the by-products of an aircraft’s engine is noise and this has become an increasingly important issue which is being dealt with through many different methods:

Engines Edit
Next-Generation engines are not only more fuel-efficient but also tend to be quieter with Pratt & Whitney’s PurePower PW1000G fitted to the Bombardier CSeries aircraft being 4 times quieter than aircraft currently in service.[17] Engines can also incorporate serrated edges or ‘chevrons’ on the back of the nacelle to reduce noise impact as shown in this picture.[13]

Improved operating procedures Edit
A Continuous Descent Approach, or CDA, not only reduces fuel burn but also allows airlines to provide quieter approaches for part of the descent to a runway. As the engines are at close to idle power, less noise emissions are produced and combined with new engine technology, the reductions in noise emissions can be large.
A carbon offset is a means of reducing emissions to zero[citation needed] by saving enough carbon to balance the carbon emitted by a particular action. Several airlines have begun offering carbon offsets to passengers to offset the emissions created by their proportion of the flight. Money generated is put to projects around the world to invest in green technology such as renewable energy and research into future technology. Airlines offering carbon offsets include British Airways, easyJet, Continental Airlines, Delta Air Lines, Lufthansa and Qantas although there are many more carriers participating in such schemes.[18][19][20][21]

Related Posts:
Environmental impact of aviation in the United Kingdom

Have you heard about Environmental impact of aviation ???

Some features we got on transportation

What you don’t know about transportation !!!!!