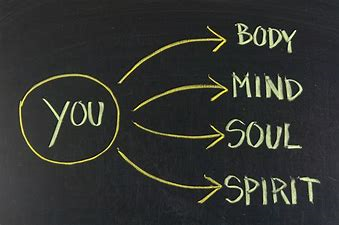 Regardless of personal viewpoint about spirituality, many have wondered what would have happened if Saddam Hussein hadn’t been stopped when he first invaded Kuwait back in the early nineties?

Well, this story explores that scenario to its surprising conclusion and then reinvents the scene time and again in a sequence similar to ‘Groundhog Day’ but in a mind, body, spirit theme. The result is a story that has led many readers to question their concept of so-called reality!

I initially believed I was writing a fictional story about angel ET benefactors influencing our world. But when I completed the first book, The Blue Star Millennium, many readers were convinced that the depicted world events had actually happened, even though recorded history shows a different outcome. That’s when the concept of an alternative reality suddenly gelled into the possibility that world events could change depending on the will of the masses.

As far as I was concerned, I was simply writing an inspirational mind, body, spirit story about angel extraterrestrial intervention, but I didn’t know where the story was going until it unfolded before me … and I have to admit, I was surprised at some of the content.

The story largely centered on the Gulf War and the changing of events under the influence of a benevolent, angelic race of Beings in the form of extraterrestrial benefactors. The central character in these books is an angel who integrates with human society under the watchful influence of his mentor, the White Star.

Many who have read these esoteric books have queried whether the White Star is real … and if so, did he help change world events in keeping with the will of the masses – the ones currently inhabiting our world … You and me? From that angle, did he also influence my writing in a more spiritual slant?

To be honest, I don’t know!

If he did, I am grateful that he shared this metaphysical knowledge, but a little confused why he would choose me. I’m just an ordinary guy who grew up on the rougher side of town with few privileges, and new age spirituality was not part of my upbringing. I’ve had my share of knocks that life tends to deal out to all those who walk this earth. However, I’ve also had my share of unusual (for want of a better term) experiences … but I’m getting off the track here.

If we take this concept of ET extraterrestrial angels to its logical conclusion, are we not all such Beings? After-all, we are simply visiting this planet for a short while to experience our individual lessons and then we depart – so how can we say that we are of this planet? We simply inhabit a body here temporarily so that we can function in this world.

Related Posts:
I Want To Talk To You About Your Thoughts

What deceives us: our mind or sensations?

Do you really enjoy your job?

Who is the boss- I hope it is not your Mood

So, whether these metaphysics philosophy books are influenced by extraterrestrial angels, or resulted from my own tapping into the higher consciousness that is the source of us all … what is the difference? The result is equally fascinating and the concepts that these self improvement stories present will challenge your view of life as you know it.