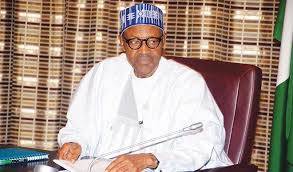 Former President Olusegun Obasanjo has dissociated himself from a claim that he has changed his position against the second term bid of President Muhammadu Buhari.

Obasanjo also said he did not meet with leaders of the organized labour on Tuesday as was alleged.

Obasanjo reiterated in a statement yesterday that he stood by his statement earlier issued in January that Buhari’s regime had disappointed those who voted him as president.

Obasanjo said emphatically in the statement signed by his media aid, Kehinde Akinyemi, that he had not and could not endorse failure.

The statement said, “It has come to the attention of Chief Olusegun Obasanjo that some elements in the Muhammadu Buhari camp and or support group are desperate to secure a second term, fair or foul. In this desperation, everything is fair, including telling libelous lies against persons and institutions, instead of addressing the fundamental issues of statecraft and economic management.

“In the last 24 hours the internet has been bombarded with deliberate falsehoods aimed at hoodwinking the unsuspecting Nigerians to believe that Obasanjo has now supported Buhari for his second term because of some perceived Buhari’s ‘superlative’ performance in his encounter with Trump during his visit to the White House in Washington D. C.”

The statement said the part of the allegation that Obasanjo met with some Nigeria Labour Congress leaders in his house in Abuja on Workers’ Day was a pathetic fallacy as Obasanjo in the first place had no house in Abuja and he did not go to Abuja on the said date.

“Nigerians know that Chief Obasanjo has only spoken the truth about widening poverty, alienation and social disunity and near disintegration of the country through Buhari’s incompetence,” the statement asserted.

On Buhari’s meeting with President Donald Trump of the United States, Obasanjo said the US would continue to reduce purchase of crude oil from Nigeria and there was nothing Nigeria under Buhari could do about it.

He added that the US would export agricultural products to Nigeria and Buhari’s government would encourage it, and that all the killings taking place in Nigeria by herders “are being done by expatriates trained by Gadaffi and no Nigerian is to blame and Buhari cannot do anything to stop it.”

Obasanjo said Trump had ordered Buhari to go back home and stop the killings going on in Nigeria and he hoped that Buhari would do that.

Senator Dino Melaye on arrival at the Magistrate Court in Lokoja for arraignment today. PHOTO BY: Itodo Daniel

Melaye was brought into the court premises in an ambulance amidst heavy security.

The court sitting is underway

Also approved was N38.034 billion for the construction of the 72 kilometre 9th-mile Orikam Road in Enugu State. About N10 billion will draw from the Ecological Fund to finance the contract awarded to RCC Limited.

The Minister of Works, Power and Housing, Babatunde Fashola, told State House reporters that the council approved N18.874 billion for repair works at the Third Mainland Bridge in Lagos State.

The minister said the contract was awarded to an Italian construction firm, Borini Prono, which constructed the bridge.

He said 33 piles of the bridge would be replaced in the first phase of the project with a total of 177 piles to be strengthened.

Fashola added that the contract would also assess the expansion joints of the bridge and replace the worn-out ones.

He said the contract, with a 27-month completion period, was captured as ‘Bridge Renovation and Repair Contracts’ in the yet-to-be-passed 2018 Appropriation Bill.

The minister said though the immediate past administration conceived the award of the contract in 2011, it never made budgetary allocation for it.

He said council also approved N2.54 billion for the redesign and construction of the Illie bridge in Osun State.

Fashola said the FEC also approved N120 million for the purchase of 50 circuit breakers for the Transmission Company of Nigeria.

The Minister of Transportation, Rotimi Amaechi, said the FEC approved the repairs of narrow gauge railway line to increase the speed of trains just as well as N1.2bn for the purchase of wagons and coaches.

Amaechi said the council raised a committee comprising himself as well as the Ministers of Niger Delta Affairs, Information and Power Works and Housing to inspect the East-West Road.