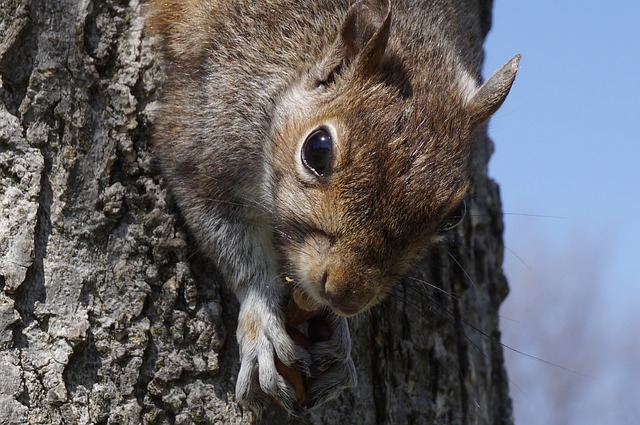 They bump, scurry, and make noise all hours of the night. When squirrels move into a person or family’s home and attic they can drive the human residents crazy. Other small animals that can invade homes include mice and rats. Removing these animals humanely is the best option for peace, quiet, and a clear consciences. Humane traps can be costly to buy, but there are a number of traps people can make at home.

This PVC pipe trap can be placed anywhere within the home or outside. If placed outside make sure to keep an eye on the trap, in case other squirrels try to free the trapped one.

Step 1: Collect all the needed items before starting to assemble the trap. This trap will require the following items:

The string, 2 pipe caps, and the pipe can be bought at a hardware store. The PVC pipe should be six feet long, and be 5 or 6 inches in diameter. Lard can be found at most grocery stores, and the bait can be peanut butter, cereal. Or corn cobs.

Step 2: Drill around ten small holes along the sides of the pipe. This will provide oxygen to the trapped squirrel. Two holes should be drilled at both ends of the pipe about an inch from the edges. These are used to thread the string through in order to secure the trap.

Step 3: Run the string through the bottom two holes, and place the bait at this end. Secure the cap tightly to this end also.

Step 5: Tie the strings to something to secure the trap in place. They can be tied to old furniture, railing, or just about anything that will keep the trap steady.

Step 6: Check back on the trap often. Once a squirrel is trapped simply place the extra cap on, and release the pest far away from the home.

Related Posts:
Ants are Here to Stay but Need to be Eradicated