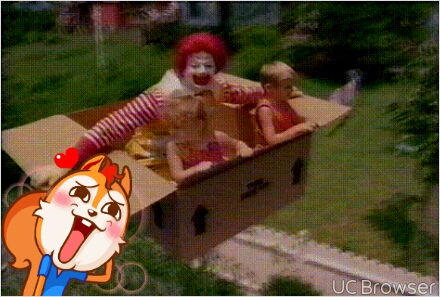 In legal usage throughout the English–speaking world, an Act of God[1] is a natural disaster outside human control, such as an earthquake or tsunami, for which no person can be held responsible. An Act of God may amount to an exception to liability in contracts (as under the Hague-Visby Rules);[2] or it may be an “insured peril” in an insurance policy.[3]

By contrast, other extraordinary man-made or political events are deemed force majeure.
In the law of contracts, an Act of God may be interpreted as an implied defense under the rule of impossibility or impracticability. If so, the promise is discharged because of unforeseen occurrences, which were unavoidable and would result in insurmountable delay, expense, or other material breach.

Under the English common law, contractual obligations were deemed sacrosanct, so failure to honour a contract could lead to an order for specific performance or internment in a debtor’s prison. In 1863, this harsh rule was softened by the case of Taylor v Caldwell which introduced the doctrine of frustration of contract, which provided that “where a contract becomes impossible to perform and neither party is at fault, both parties may be excused their obligations”. In this case, a music hall was burned down by Act of God before a contract of hire could be fulfilled, and the court deemed the contract frustrated.

In other contracts, such as indemnification, an act of God may be no excuse, and in fact may be the central risk assumed by the promisor—e.g., flood insurance or crop insurance—the only variables being the timing and extent of the damage. In many cases, failure by way of ignoring obvious risks due to “natural phenomena” will not be sufficient to excuse performance of the obligation, even if the events are relatively rare: e.g., the year 2000 problem in computers. Under the Uniform Commercial Code, 2-615, failure to deliver goods sold may be excused by an “act of God” if the absence of such act was a “basic assumption” of the contract, and the act has made the delivery “commercially impracticable”.

Recently, human activities have been claimed to be the root causes of some events until now considered natural disasters. In particular:

water pressure in dams releasing a geological fault (earthquake in China)[5]
geothermal injections of water provoking earthquakes (Basel, Switzerland, 2003)[6]
drilling provoking mud volcano (Java, 2008)[7]
Such events are possibly threatening the legal status of acts of God and may establish liabilities where none existed until now.
UK – England and Wales Edit
An act of God is an unforeseeable natural phenomenon. Explained by Lord Hobhouse in Transco plc v Stockport Metropolitan Borough Council as describing an event;

(i) which involve no human agency
(ii) which is not realistically possible to guard against
(iii) which is due directly and exclusively to natural causes and
(iv) which could not have been prevented by any amount of foresight, plans, and care.
UK – Scotland Edit
An Act of God is described in Tennant v. Earl of Glasgow (1864 2 M (HL) 22) as: “Circumstances which no human foresight can provide against, and of which human prudence is not bound to recognize the possibility, and which when they do occur, therefore, are calamities that do not involve the obligation of paying for the consequences that may result from them.”

United States Edit
In the law of torts, an act of God may be asserted as a type of intervening cause, the lack of which would have avoided the cause or diminished the result of liability (e.g., but for the earthquake, the old, poorly constructed building would be standing). However, foreseeable results of unforeseeable causes may still raise liability. For example, a bolt of lightning strikes a ship carrying volatile compressed gas, resulting in the expected explosion. Liability may be found if the carrier did not use reasonable care to protect against sparks—regardless of their origins. Similarly, strict liability could defeat a defense for an act of God where the defendant has created the conditions under which any accident would result in harm. For example, a long-haul truck driver takes a shortcut on a back road and the load is lost when the road is destroyed in an unforeseen flood. Other cases find that a common carrier is not liable for the unforeseeable forces of nature. See e.g. Memphis & Charlestown RR Co. v. Reeves, 77 U.S. 176 (1870).

A particularly interesting example is that of “rainmaker” Charles Hatfield, who was hired in 1915 by the city of San Diego to fill the Morena reservoir to capacity with rainwater for $10,000. The region was soon flooded by heavy rains, nearly bursting the reservoir’s dam, killing nearly 20 people, destroying 110 bridges (leaving 2), knocking out telephone and telegraph lines, and causing an estimated $3.5 million in damage in total. When the city refused to pay him (he had forgotten to sign the contract), he sued the city. The floods were ruled an act of God, excluding him from liability but also from payment.
The phrase “act of God” is sometimes used to attribute an event to divine intervention. Often it is used in conjunction with a natural disaster or tragic event. A miracle, by contrast, is often considered a fortuitous event attributed to divine intervention. Some consider it separate from acts of nature and being related to fate or destiny.[8]

Christian theologians differ on their views and interpretations of scripture.[9] R.C. Sproul implies that God causes a disaster when he speaks of Divine Providence: “In a universe governed by God, there are no chance events”.[10] Others indicate that God may allow a tragedy to occur.[11][12]

Others accept unfortunate events as part of life[13] and reference Matthew 5:45 (KJV): “for he maketh his sun to rise on the evil and on the good, and sendeth rain on the just and on the unjust.”