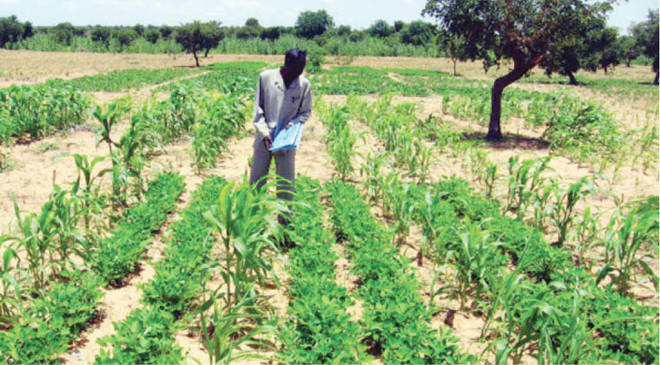 Nutritional Value Soya Beans: Experts have described soya bean as one of the most consumed legumes in the world, due to its essential nutrients that maintain and improves human health.

Soya bean is revered as a good meal source for people who are on diet. Its protein content enhances metabolic functions in the body and thus helps to improve human health, ensuring that human cells are well repaired. It also helps with weight reduction and protects people from diseases such as diabetes and cardiovascular diseases.

According to Mr. Monjanrin Sunday, RSM (Edible South West), Grand Cereals, Soya bean also contains vitamins like; vitamin c, vitamin k, riboflavin, folate, vitamin B6 and thiamin. Potassium, calcium, copper, phosphorous, manganese, selenium and zinc, which are some of the other minerals that can be derived from it.

“Regular intake of soya beans helps in the prevention of cancer due to its high level of antioxidants. Its protein content makes it a choice meal that spreads around various markets across Nigeria.

“Its high vitamin and mineral content ensures healthy bones even during old age. Another benefit of soya beans is its effectiveness in aiding the functioning of the heart by lowering the total cholesterol level in the body thus preventing heart attack or stroke. With its fibre content, soya beans also helps in boosting digestion and aids metabolism. Soya bean seed can be used in making different foods; including soy milk, textured vegetable protein and soya bean oil,” he said.

Sunday, said since oil is a staple ingredient for the preparation of meals, it is advisable to cook with oil made from soya bean for the prevention of heart disease and for low cholesterol intake

The Country Manager of Cassava Adding Value for Africa II (CAVA II) (Nigeria), Prof. Later Sanni has identified inconsistency in the supply of raw materials as a major and critical point for the survival of large-scale industries in the country.

Sanni, who stated this during the facilitation and communication skills training programme for Development Programmes (ADPs) extension officers and procurement staff of large-scale cassava producers, said sourcing for raw materials of between 250 and 450 tonnes of cassava required quite a lot of work.

“We are aware that you have different locations where you source for raw materials but at present, there are some issues we have itemised in the last two years-right quality, right quantity and right time of supply – which should be urgently addressed.

“The major problem is that the farmers themselves have informed us that some of the extension officers or procurement officers are delaying their payments, which is attitudinal and that’s why we felt its better we bring in a consultant that will interact with you on facilitation, communication and sustainable engagement,” he said.

In his welcome address, the Vice-Chancellor of FUNAAB, Professor Felix Salako said the nation should move away from its over-dependence on oil resources and embrace agriculture, as a sustainable route to national development.

“We are having new generation of extension officers. All of you sitting here are young, seeing your faces; I think we are meeting new generation of extension officers. And I hope you are really going to be the catalyst that would push the nation forward in terms of using agriculture as an alternative to crude oil export. It is dawning on everybody now – whether we like it or not – we are running into trouble with oil. Reviving The Cocoa Industry In Nigeria

What may even make oil to be useless is the fact that people are already thinking of alternative sources of energy, even for running cars? The training could not have come at a better time than now.