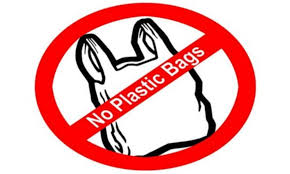 Say No to Plastic

Why are Plastic Bags a Problem?

They are harmful to the environment.
• Takes 1000 years to decompose into smaller pieces, which seep down into the soil and release chemicals, which eventually reach the water supply.
• Kills animals in the water when they eat plastic bags thinking they are jellyfish
• Builds up in landfills
• Manufacturing of plastic bags is harmful to the environment because nonrenewable resources are used (petroleum and natural gas). The manufacturing process itself uses toxic chemicals, pollutes the atmosphere and consumes energy.
• The transportation of the billions of plastic bags produced annually means further energy consumption, largely in the form of more petroleum.
• Stores give out unlimited amounts of plastic bags for FREE even when the costumer doesn’t really need one
• Cost in terms of energy and manpower is greater than the value of the material produced

Before the advent of poly-bags, people did shop, buy things, bring eatables from the market, and did the same marketing as is done now. How did they did it? The raw material for the bag was decided by its usage. Cloth bags for lighter items, Gunny bags/Jute bags forvoluminous and heavier goods. The cost did not justify use and discard attitude. These bags were washable and reusable lasting for six months to a year.

PLASTIC HAZARDSThe hazards plastics pose are numerous. The land gets littered by plastic bag garbage presenting an ugly and unhygienic seen. The “Throw away culture” results in these bags finding their way in to the city drainage system, the resulting blockage cases inconvenience, difficult in maintaining the drainage with increased cost, creates unhygienic environment resulting in health hazard and spreading of water borne diseases. This littering also reduces rate of rain water percolating, resulting in lowering of already low water levels in our cities. The soil fertility deteriorates as the plastic bags form part of manure remains in the soil for years.

Apart from causing soil pollution, sewage blockages, cattle and mainly marine creature’s mistake plastic for food directly or indirectly, blocking digestion and possibly causing starvation. About 44 percent of all seabirds eat plastic, apparently by mistake, sometimes with fatal effects. And 267 marine species are affected by plastic garbage—animals are known to swallow plastic bags, which resemble jellyfish in mid-ocean. Apparently according to one research plastics at oceans are actually degrading and releasing toxic chemicals and causing water pollution.

Is it not enough that we already burn tonnes of oil and destroy the delicate balance of nature; Is it not enough that our power hungry nature has pushed many a species to extinction? The excuse that the common man really don’t realize what he is doing to the Eco system is no longer acceptable. While a few of us burn ourselves day in and day out working to protect our fragile planet, the rest of us are happily dumping her with tonnes of garbage, and not just any garbage , the most toxic non-biodegradable, plastics. Let us be very clear here, we have only one earth and only one chance. The Earth will not take this hands down. She is raging, and when her rage will hit us with full force, there will be no light of the day for the human race anymore. Already the production of plastics uses up a lot of fossil fuels and is endangering marine life.  And if the lay man does not wake from his long slumber of sweet dream and face the reality, I am afraid there is no help for the turtles and other marine birds that have been affected directly by plastic pollution.

It has been observed that the animals eating the bags sometimes die. Plastic goes into the ocean which is already a plastic infested body of water. Fish and other marine species in the water ways, misunderstanding plastic garbage as food items swallow them and die.

The various other alternatives:

All we need to do is come back to the simpler lives we once lived. Break away from the habit of buying avoidable plastic bags. Carry a cloth/jute bag always. Bring awareness about the harmful effects of plastic to the people around you.

Do not use plastic bags