Available Balance
Check out the longest bridges in the world.
Cars & Transportation
koyum
0 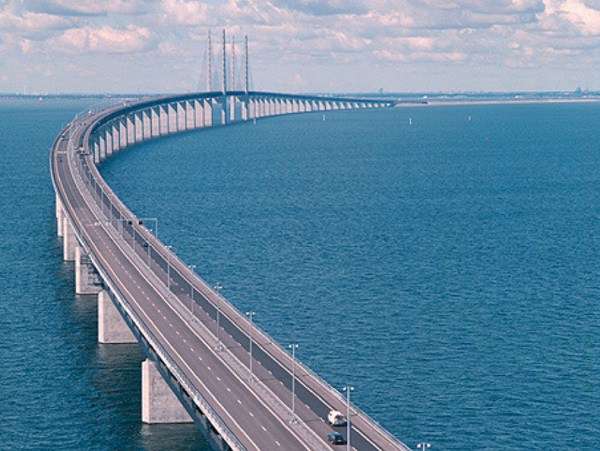 Majority of the world’s longest bridges are found in China thanks to their population boom.
Bridges have been used since the beginning of the human race to cross waterways, valleys and shorten distances.
Majority of the world’s longest bridges are found in China » thanks to their population boom.
Below are some of the longest bridges in the world:
1. Danyang-Kunshan Grand Train Bridge, China (164,800 Meters)
The Danyang-Kunshan Grand Train Bridge is the longest bridge in the world as it covers a distance of 164,800 meters, which is around 102.4 miles.
It took 10,000 contractors four years to complete the construction of the Danyang-Kunshan, which was finished in 2010. The railway then began operation in 2011 and was inducted into the Guinness Book of World Records.
2. Changhua-Kaohsiung Viaduct, Taiwan (157,317 Meters)
The Changhua-Kaohsiung Viaduct is the second largest bridge in the world. The bridge comprises Taiwan’s high-speed railway system which runs along the west coast of the island. It opened for service in January 2007.
3. Tianjin Grand Bridge, China (113,700 Meters)
The Tianjin Grand Bridge is a 70.6-mile long expanse located in China used as part of the country’s railway system and crosses a viaduct.
It formerly held the Guinness record for the world’s second longest bridge.
4. Cangde Grand Bridge, China (115,900 Meters)
The Cangde Grand Bridge is also a part of the high-speed railway between Beijing and Shanghai. The bridge runs for a total of 115,900 meters, or 105 km. It was built with great strength in an effort to withstand earthquake pressure.
5. Weinan Weihe Grand Bridge, China (79,732 Meters)
The Weinan Weihe Grand is part of the Zhengzhou–Xi’an High-Speed Railway. It is the world’s fifth longest bridge and was completed in 2008. It held the title of the world’s largest bridge for a while. However, as newer and longer bridges came into existence, the Weinan Weihe Grand Bridge slipped to hold the position of the world’s fifth longest bridge.