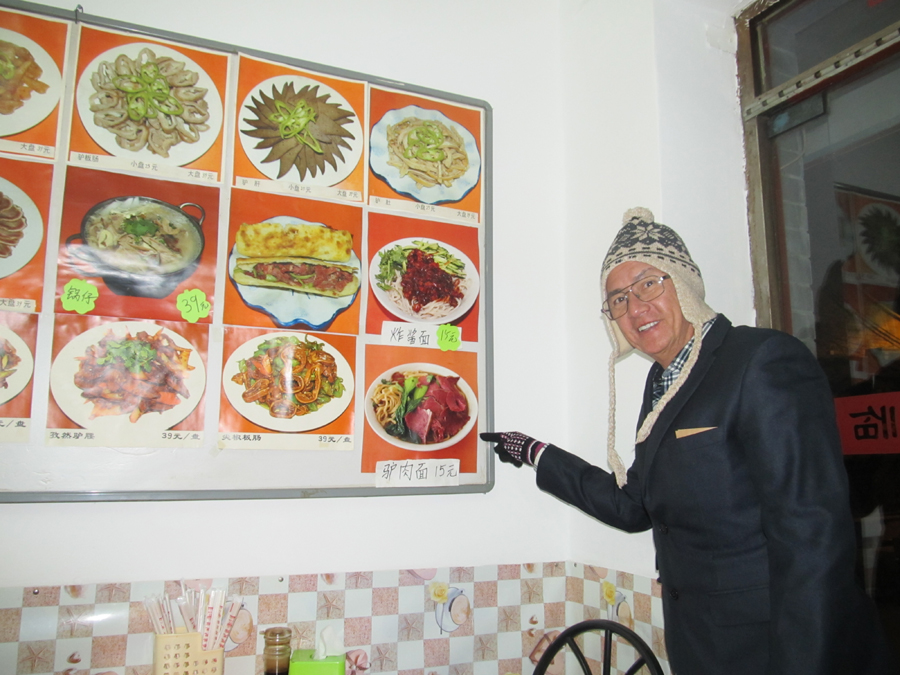 Note: This is a true story based on my anecdote.

Late in January last year of 2015, we were in Beijing, China for a tour of 4 nights and 5 days. We all know that English is a rarity in China so I had planned to use Google Translate. Unfortunately, I was not aware that Google and Facebook are banned in China so that means I had lost my digital interpreter.

My wife and I were okay in the hotel and on the first day, we survived the language barrier pretty well. But on the second day, there was this small eatery that sells to-go food. It was zero degree temperature so I opted to enter the eatery immediately.

Once inside, my wife agreed to just buy the beef roll to be eaten in our hotel. I pointed to the photo of their beef roll. When I asked about the filling of the roll, the food server pulled me to the other side of the eatery and pointed to the picture of a cow. My wife and I laughed because the cow looked like a donkey.

We took out the food and ate at the hotel. Pretty good Chinese beef roll.

On the next night, we went to another eatery. This time there was the inviting photo of noodles with meat. When I pointed to the photo, the food server pulled me to another poster with a cow. Been there, done that. Okay, since the serving was quite a lot, we ordered one beef noodle for take out to be shared inside the hotel room.

When the food came, the waiter handed it to me and said, “Here, donkey noodles.”

Huh, donkey what? I inquired to clarify. Fortunately the food server knows a little English. He said, “yeah, yeah, donkey meat. Before my wife could file a protest, I stared at the poster very well. Indeed, what’s in the picture was a donkey and not a cow.

PS. That’s the actual photo of the donkey noodles in the small eatery. The one standing is not a donkey. Waheehee.