Available Balance
Be on the look out for scammers.
Environment
Joy E. Ojo
1 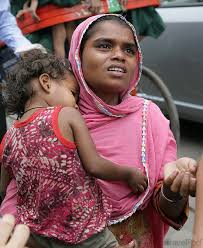 Just recently in my country we heard of a pregnant woman who had been jumping from one bank to another deceiving people. She would go into the banks pretending that her water broke while trying to get money from the bank in preparation for the hospital. People would come to her to assist her and then end up giving to her their hard earned money. As soon as she gets the money in a particular bank, she moves on to the next.

On her out from the second bank after collecting a huge sum, a man from another bank saw her, he then walked in and asked the bankers, please has anyone just helped a pregnant woman? They all came out and screamed yes, wanting to know the reason why. He then informed them that she just duped them at the next bank of a huge sum, claiming her water broke and needed to go to the hospital.

This same lady did it somewhere else and a kind-hearted woman took her to the hospital and paid for her treatment. As soon as the lady who paid left, she immediately got up and informed the nurses that she was fine and she should please be given the money. The nurses watched in amazement, why would anyone go to this length to deceive a fellow human being. Should we blame it on the economy or what?

I stopped helping people a long time ago because of such cases. I had been helping a beggar for quite sometime, had pity on him and all. Anyway, one day in the morning, I saw this beggar coming to his usual spot. He was well dressed and neat. On getting to his spot, he took off his attire and wore and old torn attire. I shook my heard and watched in bewilderment as to what I just saw. He then proceeded with his begging for the day. Henceforth, I stopped giving him money. Some people go as far as using innocent children which they hire for this purpose. Some pretend to have bad legs, hands , etc

There was an incident on the news where a woman had been fooling pedestrians that she was hunched and was begging for money. People kept giving her money with so much pity on their faces. So the reporters where on her trail and followed her home. On getting home, she changed from her rags, became straight and no more crooked , dressed up nightly and headed straight o the club to hang out with friends. This happened in the streets of NewYork that is as busy as ever.

Related Posts:
Not to be Hurt when a Scam Site Goes Down

Why would they play anyone for a fool? We all work so hard for this money and don’t think it would be foolish enough to throw such money away on scammers. This is a huge lesson learnt, many are out there scheming new devices on how to take peoples money. Please be careful, the more you look , the less you see.  May God help us all.