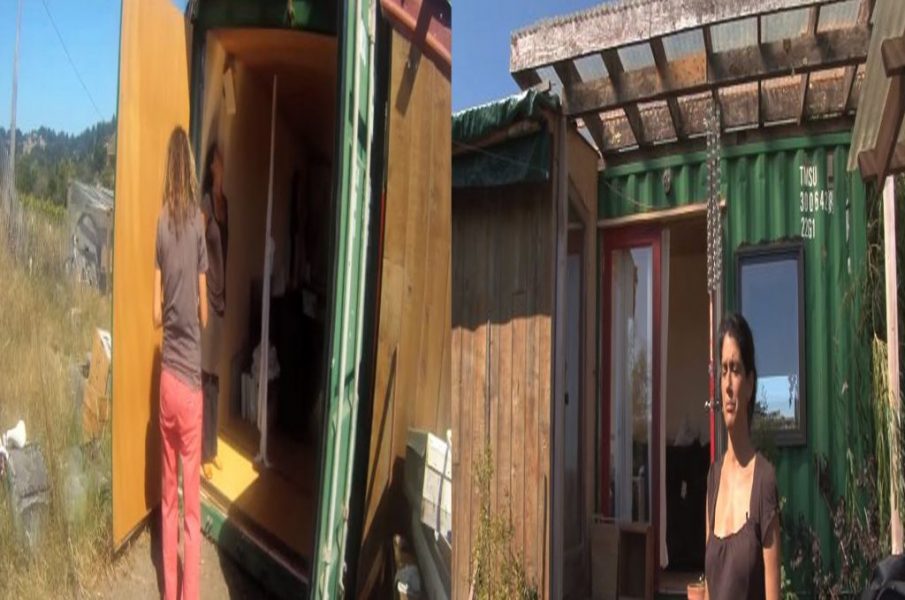 Mothers have their own way of showing their love for their children. Even if the things they do seem bizarre all they really care about the safety and security of their precious ones.

Lulu, a country girl from Argentina decided to live her life with her young daughter in a very simple way. She chose to make a home out of a shipping container rather than living in a normal house.

She said the shipping container already went back in forth to China. This means it has been on the sea for quite some time now. Hence, the clever mother acquired it for free. When they moved to their unusual home, Lulu only had four dollars in her pocket.

Lulu had no idea with construction work. The only experience she had with it is when she remodeled a boat once. However, this amazing mother did everything to make their new house feel more like a home.

She did the plumbing. She put Styrofoam and bubble wrap on the walls and ceiling to shield the dry wood from the risk of getting wet when it rains. Despite all the handiwork being done by a neophyte handyman, Lulu was able to fix her new home complete with its essential needs. From the sink, toilet, to a bed, they’ve got it.

Another wonderful modification Lulu made was the glass ceiling. She and her daughter can see the night sky when they lay down their beds.

“When you don’t have money you just get creative,” said Lulu. She admitted that everything they own was from the dump.

Despite their financial situation, Lulu doesn’t regret a thing, in fact, she revealed it was her choice to live this way.

She said if she wants to live in a more comfortable and normal looking house, it means she has to work 10-12 hours to be able to have money to pay for the rent and she doesn’t like the idea of spending more time away from her kid.

Two creative men built their own swimming pool with indigenous materials, no equipment at all!

For Lulu, it is having an intellectual property rather than a physical property. She believes that every place anywhere could be a home as long as you are with the person you love and care about.