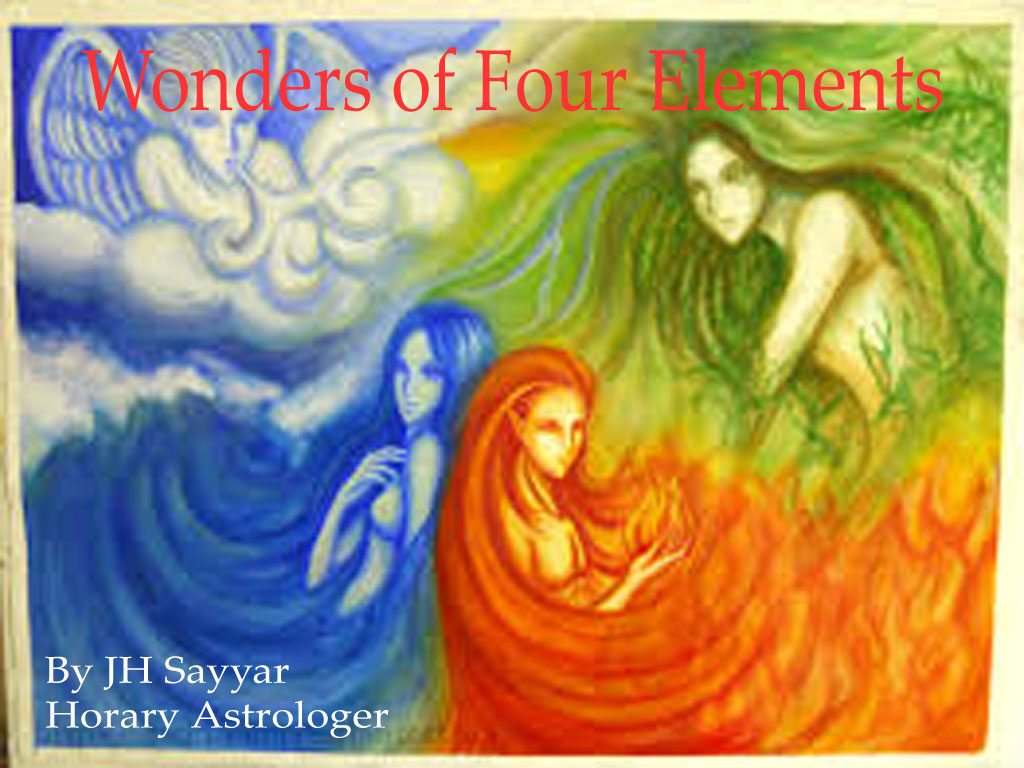 When we analyze earth is dissolved into water and after this it becomes thick and hard according to law of nature and thus becomes earth again the nature of earth. When we analyze deeply water when we heat water it evaporates and turns into air and kindling it turns into fire again according to law of nature and when fire extinguishers it also turns into air again and when it cools down it becomes again earth.  According to Plato, earth is changeable from the very beginning and the function of change is done by fire and air.

The four elements and each of one has its own special virtue as fire has brightness and along with it has swift motion while earth has three qualities, darkness, thickness and quietness is the soul of earth and both elements are contrary to each other nature wise. As we that air borrows two virtues from fire as motion and swiftness and darkness from earth just like water borrows two qualities from earth darkness and thickness and one of the major qualities of air and fire motion and swiftness in a cunning way.

When we compare the four elements from one another we see that fire is thinner than air and swift three times more than air think and bright and more active than water nature wise but a few people know these traits of the elements because they do not ponder over the virtues of four elements living on earth. When we compare earth and water, we see that water is brighter than earth is dark and silent. Fire agitates fire and water agitates earth to dissolve it and gains the water evaporates and dissolved earth becomes earth again.

I advise the readers to ponder over the four elements in lone you will find the root of all miracles on earth done by our forefathers in olden days. The four elements are the root of all wonders on earth and to know the wonderful virtues of the element the readers will have to think in lone how the elements work and transfer their virtues to another secretly like a ghost walks in the dead silence of night but nobody is ready to do his job in lone.

The virtues of four elements are transferable to one another as the honeybees collects different virtues of flower and makes all in one wonderful herb beneficial for human body and this wonderful mixture has wonderful healing power as we all know in daily life. Boil the water, it will turn into steam and the steam will rise to the sky will turn into smoke, and the smoke will rise to the sky and will freeze is called ice and when in the sky heat will be more it will melt and turn into water will come again on earth to flourish the whole universe.

the Wonders of Elements