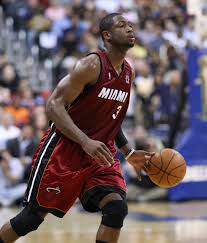 Image Credited to Free Advanced Google Images
Wade is considered to be an elite player however he is 36 years of age and I’ve recommended that Dwyane Wade retire so that he could focus on the “ventures.” For example his restaurant businesses would need his undivided attention. Perhaps the NBA player believes that he has more gas in hi stank. Wade appears to be ready to get back on the court. Pat Riley has expressed that he would want to have Wade play for The Miami Heat again.
A contract was offered after Wade accepted a contract with The Chicago Bulls Wade declined The Miami Heat’s offer at the time. Is it possible hat Wade regrets declining The Miami Heat’s offer before his return to Chicago? That’s history! There is the focus on getting back to doing what he loves and that’s playing basketball. Perhaps Wade believes that his ventures could take a back burner. “When a player wants to play then no person can change the players mind.” (Tanikka Paulk)
Dwyane has contributed so much to the South Florida Community. His contributions include donating money to after school programs and there’s one in particular called “The Barnyard.” “I remember when Wade donated the money to the after school program and the center really needed the donations all of my sons attended the after school program and my sons were thrilled to spend some time with the elite NBA player and his sister.” )Tanikka Paulk)
What will the future hold for the NBA player. The fans must be anxious to see if the NBA player will make a return with the team. What are the thoughts of the organization? There hasn’t been an official comment regarding the possible return to The Miami Heat. Dwyane Wade really wants to get back to doing what he loves and that’s playing basketball. Wade should’ve accepted the contract before his return to The Chicago Bulls but that’s history now! There should be focus on the rest of his career.