Available Balance
Where Will it Lead to?
Politics & Government
Tanikka Paulk
0 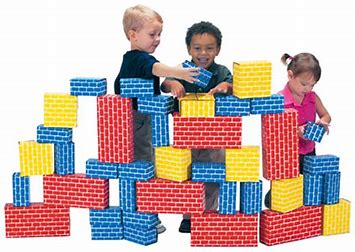 There’s the analyzing to seek what is to be found. There are so many misjudged actions there really needs to be better and more effective persons working in a team setting. Leadership is very important but there are way too many People trying to invade in the realm. There is certainly more to produce but there needs to be cooperation. Movement can occur if there are more individuals willing to assist. Less resistance and more doing. Actions, effective actions are necessary, there could be more “revenue” incurred if there are more willing to agree. There is slowness when crowds aren’t trying to be effective. The key word here is “effectiveness.”

A leader should lead but has to be protected in order to develop the necessary goals. Where are the strong ones headed? The unifying is needed but there are so many wanting to challenge the leadership. There are the replacements if the “duties” aren’t performed then there will be the replacements but there should be fairness. I’ve assisted and have received tons of resistance so many have doubted and invaded in areas in which they should’ve stayed clear of. There will be changes and changes should occur.

So many are afraid of “change.” They want to have it their way. “It’s difficult when the odds are against you.” (Tanikka Paulk). Needed? Yes. The communications of the skills needed and wanted have been reviewed. I’m understanding and want to see the rise. To be fair, to receive cooperation, to unite with the agreeable is want I want. Some have agreed to along they’ve agreed to move in the same direction. “Building but how many are truly attempting to build?” BY: Tanikka Paulk

Advocacy is welcoming. Speaking up when necessary. Resistance isn’t needed I’m more focused on the builders but the ones who’ve tried to sabotage aren’t receiving my attention. Leading somewhere some have noticed that their movement has slowed. Perhaps there are some standing still. The unacceptable actions and behaviors are the reasons why. There are some angered but there really needs to be better decision making. The overly competitive have caused the declines. There really needs to be consideration in order to occur the abundance.

A leader has to be abundantly strong. When moving further there is the opportunity to build greater strength. Focusing to be and to have the ability to be and to become is truly a blessing. Growth has occurred although it may appear as though there has been slowness. There is still the “productivity.” There are more actions performed behind the scenes. There seems to be some believing that their actions were justified. Consequences occur and there are rules. Yes there are rules within the NBA, NBA, NBL. NHL. Leagues, Teams, Associations.

There will be the gathering. The horns are blown to gain the attention which some have placed their attention on areas in which they’re not suppose to be entering into. The ability to wait to receive will demonstrate the maturity. A nation can excel with greatness but it has to be allowed. The disagreeable have demonstrated that they aren’t willing to accept what has been decided by a very powerful system. (Government). Perceptions have lead some to move downwards instead of upwards. There is still room to climb.