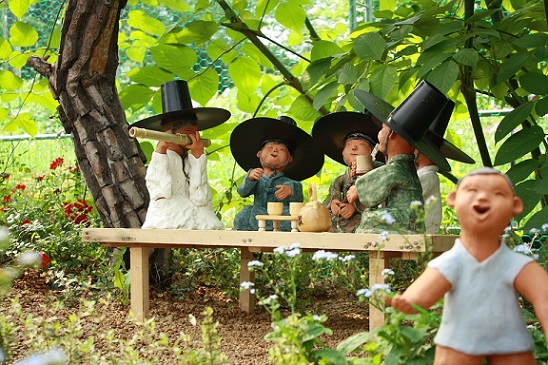 One of my kids called recently. My daughter answered her cell phone and my other daughter was wanting to know if I was busy. My daughter says: “Uuuhh … she’s absorbed in one of her K-dramas right now.” Absorbed? Come to think of it, those K-dramas can really get wrapped up in the plot. Yep. Absorbed. That’s a good descriptive word!

Have to take advantage of the all the Asian films wherever they can be found because this kind of education and entertainment was not so readily available one time ago. There may be many many sites on the Internet where you can find Korean dramas, but there are two sites in particular that have a nice selection of movies and television series to choose from.

One site is dramafever.com and the other is viki.com.

You can subscribe and watch the programs without the ads. However, in my house we are on a tight budget, so paying for a subscription right now is not financially practical. But even watching the shows with periodic interruptions for the advertisements is still fun and enjoyable.

My preference is for the Korean historical period dramas. My kids do have a Netflix subscription but there aren’t very many historical pieces to view. Although the first historical K-drama I ever watched was available. It was Tamra the Island (2009). That’s how I got hooked!

After that my search led me to Six Flying Dragons (2015). WOW! This series won awards. If you have seen it, then you know why. WOW!!! 50 episodes and from start to finish you were right there, with every character, living in the moment!

Got so addicted to watching K-dramas, they were keeping me up at night. Had to exercise some discipline because, even though the shows are fantastic, losing sleep over them is unhealthy. Besides that … reading the English subtitles wearies my eyes. Currently trying to limit myself to no more than 2 to 3 episodes at a time per day. Most of the series are about 20+ episodes.

* What about you? Are you into K-dramas?