Available Balance
This is where the handshake is headed, Raila set to shed light on progress
News & Events
Victor Kipngetich Langat
0 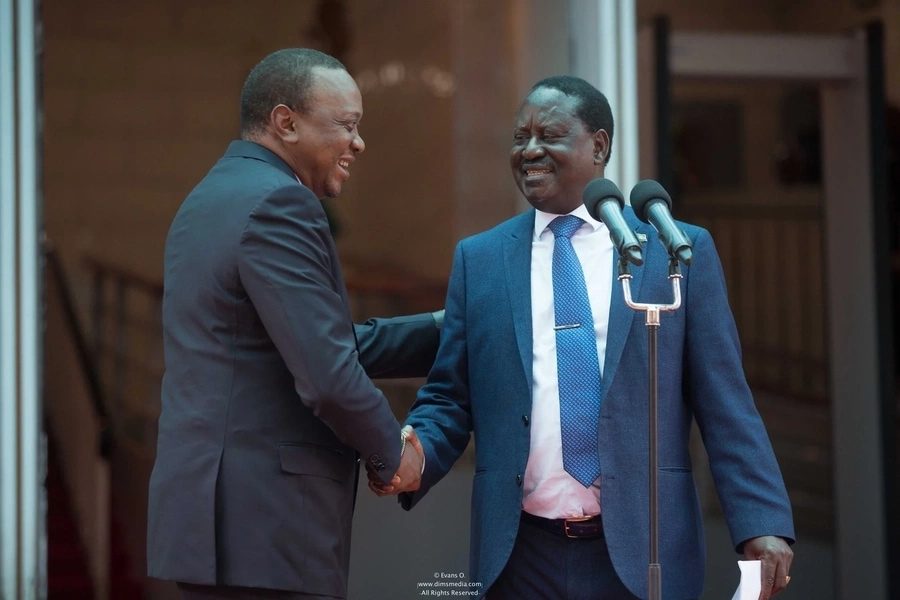 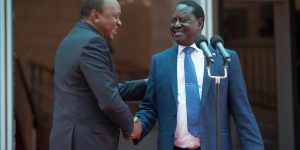 Hot on the handshake, Raila immediately started receiving high profile visitors at his Capitol Hill office from politicians to envoys as he embarked on a national reconciliation programme.The reconciliation drive has seen him shake hands with his bitter rivals, former president Daniel arap Moi and Mwai Kibaki on different dates.

He has also been accorded State recognition on foreign trips including when he attended the burial ceremony of anti-apartheid icon Winnie Madikizela-Mandela in South Africa.

Back home, a wave of political change wafting across the country with pundits closely following his steps divided in the middle not knowing the next string he is to pull.Already, his call for constitutional change for introduction of a new governance system has gained steam with Uhuru indicating he supports the push while deputy President William Ruto is sharply opposed to the idea.

The possibility of Raila running for the top seat in the 2022 race cannot be ruled out despite his denial.With the mystery surrounding the deal dubbed Building Bridges, the Naivasha meeting is expected to open the lid on what to expect from the two leaders.

Opposition leader Raila Odinga’s push for the amendment of the Constitution to change the governance structure appears to be gathering steam as more politicians declare their support for the proposed constitutional review.The former prime minister had proposed for a three-tier system of governance in which there would be 14 regional administrative blocs besides the 47 counties, as currently constituted, and the national government.

Opposition leaders, especially from the ODM party, are already campaigning for the proposed three-tier system of governance.Speaking during the homecoming party of Migori County Woman Representative Pamela Odhiambo on Sunday, May 6, Siaya Senator James Orengo, who was accompanied by Rarieda MP Otiende Amollo and other leaders, said the constitutional review was good for Kenyans.

The ODM party as a whole is believed to be fully behind their party leader Raila. The statements that were made in Migori were just to further confirm they meant business.The push for constitutional amendments, which TUKO.co.ke understands will require a fresh referendum, is also being supported by a number of KANU allied politicians led by the party’s chairman Gideon Moi.In fact, the idea to amend the Constitution was first proposed by KANU MP William Kamket who in February 2018 tabled a Bill in Parliament seeking to introduce a presidential term of seven years and return position of the prime minister.