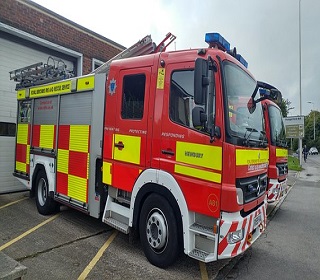 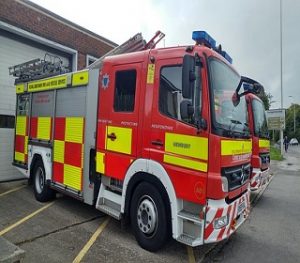 It was found that the best temperature for burning books is 451 degrees Fahrenheit. Ray Bradbury imagined a terrible anti-utopia, or negative utopia, placed in a future world. Thus, he imagined that a despotic power had declared war against everything (namely, the books) that encourages individuals to think differently and also expand their consciousness and their own freedom.  The new rulers of the future world exercised a tyrannical power not only forbidding the reading of books, but also imposing the systematic destruction of them by special firefighters. Guy Montag, the novel’s protagonist, was a fireman and Bradbury’s novel is based upon the painful awareness of his alienation and the loss of his own freedom. The rejection of certain methods led Montag to join those who resisted the standardization imposed on people, many of them leaning a book all  by heart, and so awaiting their chance of creating  new space and  freedoms  for themselves.

“It was a pleasure to burn. It was a special pleasure to see things eaten, to see things blackened and changed […] With his symbolic helmet numbered 451 on his stolid head, and his eyes all orange flame with the thought of what came next, he flicked the igniter and the house jumped up in a gorging fire that burned the evening sky red and yellow and black. He strode in a swarm of fireflies.  He wanted above all, like the old joke, to shove a marshmallow on a stick in the furnace, while the flapping pigeon-winged books died on the porch and lawn of the house. While the books went up in sparkling whirls and blew away on a wind turned dark with burning. Montag grinned the fierce grin of all men singed and driven back by flame. He knew that when he returned to the firehouse, he might wink at himself, a minstrel man, burnt-corked, in the mirror.  Later, going to sleep, he would feel the fiery smile still gripped by his face muscles, in the dark. It never went away, that smile, it never ever went away, as long as he remembered.” ( Bradbury:  33-34).

Ray Bradbury’s Fahrenheit 451 was published in 1953, rapidly gaining extraordinary success, and  it was in fact brought to the screen  by the French Director F. Truffaut in 1966  (Hischak: 65).  The idea of burning books is old, and Bradbury would have found  a number of suggestions in trying  to organize a novel  like Fahrenheit 451. For example, the burning of Alexandria’s main library, the “science” theory which had developed among some ideologues after the French Revolution for which  “if libraries can sufficiently purged […] then their preservation can be justified by using the mas propaganda and as educational institutions for transmitting and supporting their visions,”  to finish with the Nazi book burnings in 1933. (Knuth:  36). Among other things, as Alfred Bester remarked, the protests against  abuse of  power were the central theme of Bradbury’s novels,  “Mr. Bradbury is for the simple life […] [H]e seizes upon a very small point […] the right to talk a walk in the rain, the right to read a book.” (Bester:  80).

Bradbury’s career was paradoxical in many respects. He was a Science Fiction fanatic since childhood, but, when he began to write science fiction books, he thought the game was up.  His works were in fact  regularly rejected  by John W. Campbell, Jr., the “steadfast” editor of Astounding Stories of Super Science, founded in January 1930.  By  the late 30s, John W. Campbell, Jr. had replaced F. Orlin Tremain as manager of Street & Smith Publishing Company of New York  (Sadoul: 11), imposing his “dictatorial” policy on the Magazine’s editorial staff.  (Westfahl: 255).  According to John W. Campbell, Jr., Science Fiction has to have a plausible plot, realistic characters and, above all, it must include “scientific facts,” and “greater scientific accuracy.” (Lambourne & Others: 20). John W. Campbell, Jr. rejected  “almost all  books by Bradbury,”  because he  judged them  “too little scientific.” ( Westfahl:  258).  Really, Bradbury was an example of “Soft” Science Fiction’s writer,  where “there is little science.” (Gunn & Candelaria:  21).

After the bad experience with the “unyielding” John W. Campbell, Jr., the “authoritarian” editor  of professional  Science Fiction magazines in New York,  Bradbury did not lose heart, and succeeded at length in placing his stories in other magazines such as Collier’s, which had a large circulation, and despite Campbell’s  dislike, he managed to succeed in the world of Science Fiction, becoming very popular indeed. (Beley:  43).

Lambourne. R.J. and Others. 1990. Close Encounters? Science and Science Fiction. Bristol and New York: A. Hilgher.

Westfahl, G. 1988. The Mechanics of Wonder: The Creation of the Idea of Science Fiction. Liverpool:  Liverpool University Press.