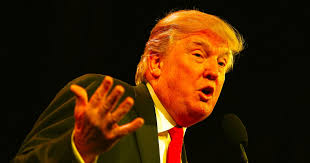 It has become clear, since the elections in the United States in November, 2016, that many people did not vote.   Only Fifty Seven point Nine Percent, (57.9%) voted.   Any number below 75% is a bad number, because the fact that people did not vote for means their vote counted against.

If you look at the marches in Washington, New York,  Los Angeles and other places in America, there were millions of people who went out to express their rejection of the Trump Administration.   This has never happened before.

Yes, there might be small protests in a corner, usually with some esoteric view, but never has there been greater turn out for the Non-Inauguration than for it.

The ‘Alternate Facts’ that the Mind Control Masters of the Trump team attempt to push, only work with those of a particularly tiny brain.

The reality is that many people did not vote.   And that is why Trump was elected.

America is not the only place this happened; early in 2016, in Jamaica there was an election.  The best estimate is that Forty Seven point Seven percent, (47.7%) voted.   Not even half the electors came out.

The fact is, nearly half the electors sat on their vote because of things they heard about Hilary, much of which was proven untrue, and other ‘cute’ little scams which played with their minds so they stayed home.

Related Posts:
The Tapes that may exist about a conversation that didn’t happen

Talking Out of Both Sides of His Mouth

War With Korea? How Likely?