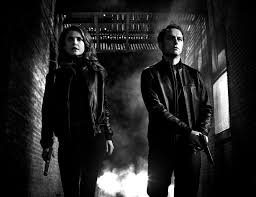 There are many programs which are okay.  There are some which are very good.  One of the best shows is  The Americans which will complete this season next week, and has been renewed for one more, then end.

It was and is a remarkable show.

Firstly,  it is different.  There is no show like it.   It tells the story of two Russian spies, put together as a married couple, with children, to live perfectly ordinary lives.

The ‘Jennings’ [The American names of the Family] are well trained, highly professional.  They can infiltrate, murder, yet pass as the average American family.

Their eldest child, a daughter, is at first suspicious, of what her parents do.  Then she becomes resentful.  When told the truth, [or a portion] she is at first confused, then, totally immersed.

The second child is oblivious he is interested in his book, games, television.  He doesn’t notice very much.

Across the street comes an FBI agent and his son, with whom the Jenning’s daughter has a friendship.   She terminates her relationship when she appreciates the dangers.  She isn’t told to do it.

She also becomes involved in a Church but when she accepts who her parents are, is instrumental in having her Pastor  assigned abroad.   She appears to be quite competent in tradecraft.

Another fact, which needs to be mentioned,  is that the head writer was just such a Soviet operative.  He knows what he is writing about.

Secondly, when watching this program, one doesn’t know what to expect.  How anyone will react to information, what the information will be.   Unlike other shows where you know that six guys with machine guns will miss the two stars who will kill both of them with hand guns, or which way the plot will go, one can’t know what is going to be broadcast.    Every episode is a mix of story arc and stand alone.

This is a show which you should watch online.

Watch it in single doses, one episode a day, so as to consider what you are seeing and hearing.

Related Posts:
The trouble with the long break

Some Viewing Marathons are Last Resorts

Why Some Shows are Hits

The Impact of the Internet on Television