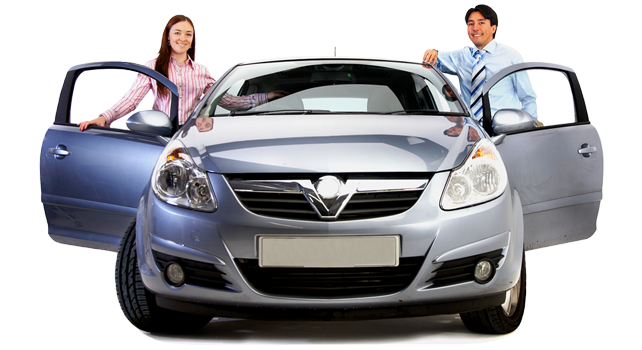 Patrick Sosu is a millionaire in the making depending on whom you are talking to. This 36-year-old father of three roasts plantain and sometimes corn – depending on which of the two is in season – for a living. He is in a profession that many have relegated to women and largely the uneducated or illiterate in society.

Sosu is always spotted in a suit with a well ironed shirt and tie with polished shoes to match as a plantain roaster. He does his job with passion and declared “I’m a professional in my job.”

He has been in this plantain roasting business for about eight months now and said before he got into it, he was selling other items in traffic and added that he has sold from pure water to fruit juices, bread, biscuits and what have you for years.

He revealed that he has always been unique in appearance all these years with his dressing indicating that “I dress this way every day because it attracts people to me and gets people wondering why I would dress like this.

Some people have come to me to buy my plantain not because they really want to buy, but because they just want to talk to me or check to be double sure their eyes are not deceiving them.”

The Weekend Globe spotted this very well dressed man at the Shiashi bus stop around the Tetteh Quashie interchange and engaged him in an interview to find out why he would ‘suit-up’ to roast plantain – a dress code more or less reserved for the office? Sosu first said he realised that he had to be different if he was to make any progress in his chosen trade which he said he learn amongst other things from his mother.

“I first started this job at Dzorwulu, opposite Fiesta Royale on the George Bush Highway then some officials from the Accra Metropolitan Authority (AMA) came and told me to stop working, pack my things and leave the road side where I was working.

I did not know what they were talking about and why they wanted me to leave the place so I questioned them. The exchanges became heated and they seized almost all my stuff – my big umbrella, tubers of yam, several fingers of plantain and other things,” Sosu recalled.

He added: “All the other sellers around were shouting at them and some were saying I shouldn’t allow them to take them away, but I couldn’t do anything so they took all things away and up till today the things are still with them. So I left the area [and] came here to Shiashi and realised that it was a good place to start all over again, so that is how come you find me here.”

Sosu said he started with just one suit and now has about three and alternates them. He added that “I iron my shirts and jackets on Sunday after church and prepare for the week. This is my office so when I’m coming I have to look presentable.

I’m not shy at all of anybody, in fact a lot of people have praised me for my dressing and some have given me all sorts of nicknames like ‘Minister, Bishop, Director, and Manager’… plenty names. I know it has attracted a lot of people to come and buy from me so I would not change my dressing. I have actually made a lot of friends just because of how I dress.”

Sosu told The Weekend Globe that “business is good but sometimes not as much as I expect. I make about GHC40 and GHC 70 worth of profit a day.

After deducting the money I would use to buy charcoal, polythene bags, papers and other things I would need for the job, I still have some good profit to take home. I buy my ripe plantain from Agbobloshie market and days that I have to go to the market I leave home around 5 a.m and sometimes struggle with the women who also do the same business.

I buy about GHC200 worth of ripe plantain and sometimes even the unripe ones and store it till it is ripe to be used.”

From that quantity, Sosu indicated that he shares it with his wife – who is also into the same business of roasting plantain and has been in it for relatively the same period of time. “We both sell the plantain and this is good business.”

He added that the groundnuts (peanuts) which is the perfect accompaniment for the roasted plantain is prepared by him with the assistance of his wife and children.

“Before I leave home for work, I pray that God should bless all those who bless me and forgive all those who tease and insult me for doing what I am doing,” Sosu stated. “Some people just hate me for nothing for doing this job, but I don’t mind them.

After all I am not a thief or I don’t rob people for a living so why should people hate me? It is this same job that I have done to take care of my children through school.”

Through the period of the interview one thing that was quite clear was that Sosu greeted all his customers with “you’re welcome, how much are you buying?”

Asked about his future plans for the business, Sosu said, “I am planning to open branches around Accra and then spread to other parts of the country. So far I have about three branches and one is being managed by my daughter whenever she is on vacation.

I want to start using take-away packs to sell the plantain in the near future. Very soon I would start preparing ‘kelewele’ (spiced fried plantain) and I would put them in neat packages.

“I am trying to see if I can get a shop in the Accra Mall where I would set up a special business to start preparing special roasted plantain for my customers.

There are plenty jobs in Ghana and I would like to advice the youth that they should not wait on anybody to promise them jobs, especially the government. If even the government promises to create jobs for you, you have to start something on your own.”

“If everybody wants to go and do office work who would go to the farm and plant foodstuff for us all to eat? Who would drive us to work, who would sweep the streets for us? So people should stop saying there is no work in Ghana, there is plenty work here.

“I have through this job financed my junior brother who has passed out from the Ghana Army. I have also helped a friend of mine who is now working with the Customs Office. They call me once in a while to check up on me.”

“This is the time young people must work hard and save towards the future because when you grow like our mothers and fathers we cannot be strong enough to work at that time so we must work hard now.”

At the end of what was a motivating interview, Sosu made a plea and asked for some assistance to effectively grow his business and if possible train other people who may want to start this business and make a living on their own.