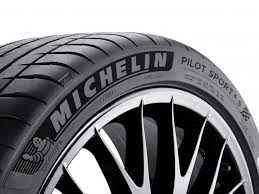 How much do you actually know about tyre care?

Michelin is a French tyre manufacturer based in Clermont-Ferrand in the Auvergne région of France. It is the second largest tyre manufacturer in the world after Bridgestone and larger than both Goodyear and Continental.In addition to the Michelin brand, it also owns the BFGoodrich, Kleber, Tigar, Riken, Kormoran and Uniroyal (in North America) tyre brands. Michelin is also notable for its Red and Green travel guides, its roadmaps, the Michelin stars that the Red Guide awards to restaurants for their cooking, and for its company mascot Bibendum, colloquially known as the Michelin Man.
Michelin’s numerous inventions include the removable tyre, the pneurail (a tyre for trains made to run on rails) and the radial tyre.

In 1889 two brothers, Édouard Michelin and André Michelin, ran a rubber factory in Clermont-Ferrand, France. One day, a cyclist whose pneumatic tyre needed repair turned up at the factory. The tyre was glued to the rim, and it took over three hours to remove and repair the tyre, which then needed to be left overnight to dry. The next day, Édouard Michelin took the repaired bicycle into the factory yard to test. After only a few hundred metres, the tyre failed. Despite the setback, Édouard was enthusiastic about the pneumatic tyre, and he and his brother worked on creating their own version, one that did not need to be glued to the rim. Michelin was incorporated on 28 May 1889. In 1891 Michelin took out its first patent for a removable pneumatic tyre which was used by Charles Terront to win the world’s first long distance cycle race, the 1891 Paris–Brest–Paris.
In the 1920s and 1930s, Michelin operated large rubber plantations in Vietnam. Conditions at these plantations led to the famous labour movement Phu Rieng Do.

Michelin’s domination of the supply of rubber in French Indochina led to the Phu Rieng Do strike in 1930. This resulted in France investigating Michelin’s treatment of workers on its rubber plantations.
In 1934, Michelin introduced a tyre which, if punctured, would run on a special foam lining; a design now known as a run-flat tyre (self-supporting type).
Michelin developed and patented a key innovation in tyre history, the 1946 radial tyre, and successfully exploited this technological innovation to become one of the worlds leading tyre manufacturers. The radial was initially marketed as the “X” tyre. It was developed with the front-wheel-drive Citroën Traction Avant and Citroën 2CV in mind. Michelin had bought the then-bankrupt Citroën in the 1930s. Because of its superiority in handling and fuel economy, use of this tyre quickly spread throughout Europe and Asia. In the U.S., the outdated bias-ply tyre persisted, with market share of 87% in 1967.
In 1968, Michelin opened its first North American sales office, and was able to grow that market for its products rapidly; by 1989 the company had 10% market share for OEM tyres purchased by American automobile makers.
Also in 1968, Consumer Reports, an influential American magazine, acknowledged the superiority of the radial construction, setting off a rapid decline in Michelin’s competitor technology. In the U.S., the radial tyre now has a market share of 100%.
In addition to the private label and replacement tyre market, Michelin scored an early OEM tyre win in North America, when it received the contract for the 1970 Lincoln Continental Mark III, the first American car with radial tyres fitted as standard.
In 1989, Michelin acquired the recently merged tyre and rubber manufacturing divisions of the American firms B.F. Goodrich Company (founded in 1870) and Uniroyal, Inc. (founded in 1892 as the United States Rubber Company). Uniroyal Australia had already been bought by Bridgestone in 1980. This purchase included the Norwood, North Carolina manufacturing plant which supplied tyres to the U.S. Space Shuttle Program.
Michelin also controls 90% of Taurus Tyre in Hungary, as well as Kormoran, a Polish brand.
As of 1 September 2008, Michelin is again the world’s largest tyre manufacturer after spending two years as number two behind Bridgestone. Michelin produces tyres in France, Poland, Spain, Germany, the USA, the UK, Canada, Brazil, Thailand, Japan, Italy and several other countries. On 15 January 2010, Michelin announced the closing of its Ota, Japan plant, which employs 380 workers and makes the Michelin X-Ice tyre. Production of the X-Ice will be moved to Europe, North America, and elsewhere in Asia.