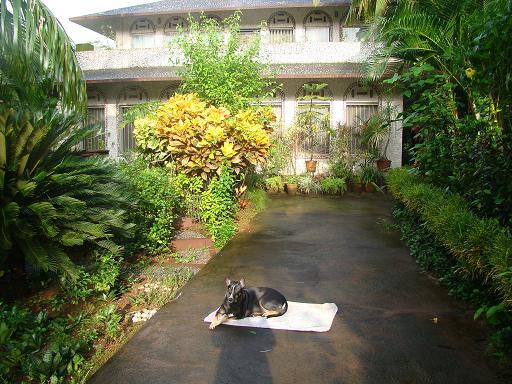 After a pretty long stint in the Metro – a place where the adjective ‘crowded’ precedes everything that one finds there – shops,  banks,  roads,  churches,  markets,  post offices,  trains – living here in a semi rural town  is almost heaven.

We do everything at our own pace. People recognize each other be it your bank manager, shopkeeper, even the fisher woman that sells fish will spend some time talking to you.

We decided to shift to this place where my husband bought some land. I had this dream to build my own house designed by me. And that dream became a reality. I could never have imagined owning such a place in the Metro where land rates are beyond any ordinary citizen. Gardening being my passion I have enough space here to indulge in it.

Metros are meant for youngsters and not for the retired.

2.With shift in thinking no two generations can live under one roof

3.Youngsters get an opportunity to spend their holiday with their seniors in a sprawling place which is what seniors get to own.

4.The longing between the two generations increases and that cements love between the two. Trampling on each other’s toes living under one roof would be a thing long forgotten.

One needs to plan one’s retirement well in advance as last minute decisions will spell disaster.

Understanding How to View Being a Senior

A few Safety Tips for Seniors

Seniors and the Digital World

Money is Not the Root of All Evil

Seniors should try and understand that juniors need their time to care for their family and should as far as possible rely on society rather than on their  children.