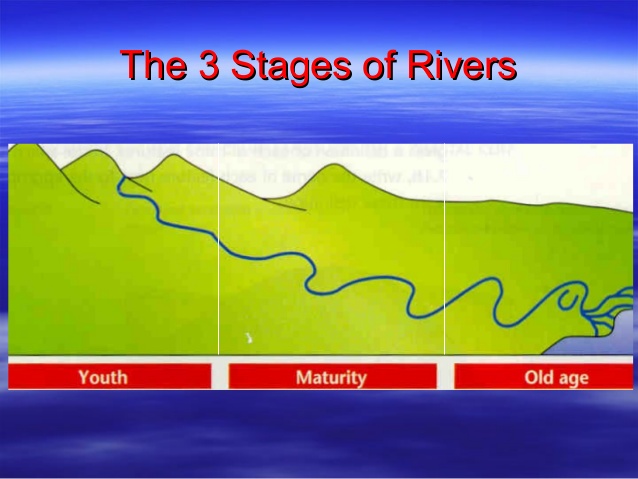 Unit Topic: The Work of Rivers

Sub-Topic: Stages of a River

At the end of the lesson students will understand the stages of a river.

At the end of the lesson students should be able to:

The lower course or old stage

Features found in each stage

Leveés are raised river banks built up by deposition of coarser material during a flood.  This material builds up above the level of the surrounding flood plain.

Step 1: Students will be asked to observe what they see in the video and state the different stages of a river. The stages will be listed on the whiteboard as students make mention of them, students will then be allowed to copy them into their textbooks.

Step 2: Teacher will do explanation of each stages of the river with the use of power point presentation and pictures. Students will be asked questions during this explanation and they will be asked to make a note of the important information.

Step 3: Students will then be placed into three different groups and will be given a handout to describe the features that are found in the different stages of the river. Each group will do a presentation on the stages they identified.

Each student will be asked to identify each stages of the river and describe one feature found in each.