Available Balance
I can afford, You can afford but nation can’t…
Food & Drink
manoj
0 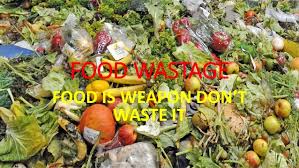 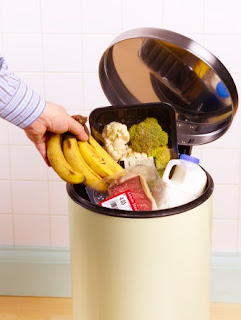 Avoid throwing away good food and help preserve the environment and save money in the process.
If you remember your last restaurant visit and compare that with overall statistics of food wastage in India alone, you would want to go back and lick your plate clean – and maybe even the utensils, the food was served in. But, the lack of awareness around the issue and interrelated issues, such as malnutrition, poverty and food shortage, is minimal and hence a small contributor to the larger picture of food waste and the aforesaid issues. But, food waste alone incurs huge monetary losses to industries and mankind, in general.

Food waste primarily revolves around any form of food, raw or cooked, used or unused – discarded or intended so. Professional bodies and governments alike, further diversify the definitions to various categories and implications such as the kind of food waste, the form it is produced/generated by and materials and source of waste. The dramatic impact that food waste can have on a particular nation, in terms of economic and social perspectives, is enormous especially in larger countries like the USA, UK and India – depending on the population and food consumption.

Of the various countries trying to tackle the issues of food waste and their respective losses, Japan seems to be doing very well via the administrative system. Against India’s all-encompassing laws for food waste, Japan has various laws pertaining to the different causes of food wastage, such as Container & Packaging Recycling Law’, ‘Food Wastes Recycling Law’ and even a ‘Law on promoting Green Purchase’, enabling industries and agriculturists to look towards effective uses of resources and also join the eco drive – which needs more initiatives like these. Various scientists and environmentalists believe, stringent laws, effective administration and self responsibility are the more vital points which can be looked at for grass root changes to come about, especially in country like India, where the maximum food waste comes from the agricultural waste sector. A report submitted by Rabo India Finance, a private consultancy firm, in 2007 to the government of India estimates a whopping 58,000 crores worth of rupees are lost due to agricultural food waste, alone.

However, food waste can be tackled in more effective ways, with the help of various schematic and planned methods implemented by the governments and private firms simultaneously. Food waste, like other waste can be dumped but could also be used for various other purposes such as feeding animals or be biodegraded by various methods such as a composting and used for soil enrichment. Though a lot of the food waste caused due to the food processing can be difficult to reduce without affecting the quality of the finished product, certain incentives must be provided by the administrative bodies, to look to reduce this form of food waste. Also, a lot of food waste is created post harvest due to the lack of infrastructural facilities such as cold chain provisions, transportation and proper storage facilities. However, with a growth in the retail market and its demand, a lot of foreign companies have shown interest in agri-based and processed food products.

The following countries are the countries that are affected the most by food deprivation: Africa, India, and Pakistan. Many of the people affected by food waste are little children; about 5 million children die of starvation per year. Tons of food is dumped to landfills each year when the food thrown away is edible. The people around the world who starve can be saved and can be fed. What needs to happen is that people need to send more food to these people. Ones who are affected the most are little children who only eat a meal once a day. If supermarkets along with other food industries gather up, together they could save many lives and also save money.

While millions starve in a country ranked second in the world for the number of children suffering from malnutrition, India also witnesses abject waste in abundance. Food is hoarded for price rise, until rot sets in, and is no longer fit for human consumption. And across the cities, marriage halls hold feasts, while beggars outside scavenge through the garbage, looking for another day’s sustenance. 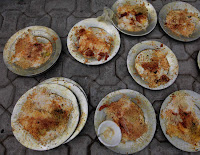 Weddings faulted for prodigious food waste: As the ranks of India’s wealthy surge with rapid economic growth, many families are staging extravagant displays of food at their children’s weddings to show off their newfound affluence.

The prodigious waste that follows has horrified many in a nation where food prices are skyrocketing and tens of millions of young children are malnourished.

one-fifth of the food served at weddings and social gatherings is discarded, ”It’s a criminal waste,”  The tons of food wasted at social gatherings across the country each day contrasts sharply with the food shortages, often bordering on chronic starvation, faced by millions of poor Indians..

Like elsewhere in Asia, food prices in India are rising fast as demand outstrips production. And the burden is falling disproportionately on the poor. Experts say the jump in prices for staples to record highs over the past few months has pushed another 64 million Asians into poverty.

Food Waste-to-Energy Conversion
The problem of waste management runs across geographies and its gravest causal agent, i.e., urbanism, is a global phenomenon. However, its ramifications are relatively more pronounced in developing nations on account of improved standards of living and changing consumption patterns. The growing population and increasing consumer demand are leading to excessive consumption of available resources and generation of tremendous amount of different kind of wastes, which is emerging as a chronic problem in urban societies. Their efficient management is needed at the earliest to avoid numerous problems related to public and environmental health.

Serious Implications
Food waste has serious implications for society. Consumers unnecessarily spend a lot of time and money on food they don’t eat. Rotting food also pumps heaps of greenhouse gases into the atmosphere. Plus the costs for collecting, transporting and land filling the excess food come from the taxpayers. The good news is that some simple lifestyle adjustments offer huge payoffs for your family, community and the planet.

Food Crisis
The situation of food wastage is not that serious in India as compared to the European and North America countries. These countries waste fresh produce for preposterous reasons. The carrots if they are not straight are discarded; if the apples are not of the right color then they are thrown away as waste. This is the manner in which one-third of the fresh produce is wasted. The wastage in the Indian subcontinent is due to different reasons. We in India lack proper transportation facilities to reach out to the market as well as cold storage’s for fresh produce and food crates.

Coming back to the local scene, as to what we as individuals can do to improve the situation. Food that weBUY, EAT and WASTE is directly related to the Global crisis we are facing. It might be know to you all that rarely we eat everything that we buy. So let’s make it a point to BUY WHAT WE NEED and EAT WHAT WE BUY. Let’s contribute in whichever small way possible to avert the food crisis in our state and country.

Let’s make earth a better place to live in for the future generations to come. We have been presented with an opportunity to preserve the greenery and mankind on this planet. Let us not disappoint God who has faith in us that we can make a change.

At the consumer level, we can reduce our contribution to food and energy waste by taking simple, basic steps at home, in the grocery store and at restaurants.

For starters, plan a food menu before each trip to the grocery store so it’s easier to keep track of when vegetables, fruits and other perishables need to be eaten throughout the week.

Careful attention should also be given to how food is stored and wrapped in the refrigerator so it doesn’t spoil as quickly, and consumers should remember to buy only what they will eat.