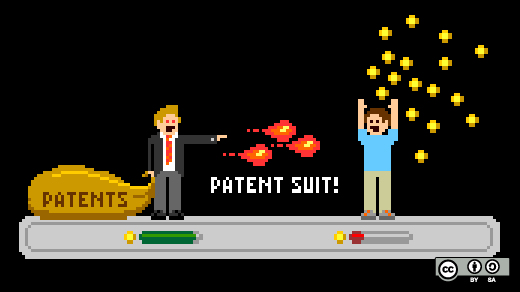 Recently, I caught up with Daniel Nazer of the Electronic Frontier Foundation (EFF) to pose a few questions relating to software patents. Daniel is a staff attorney at EFF, where he occupies the Mark Cuban Chair to Eliminate Stupid Patents and focuses on patent reform.

Daniel will be speaking at SCaLE 14x about the patent system and open source licensing. Find out more in this interview.

Why are there so many software patents?

It is far too easy to get software-related patents that have broad and vague claims. This rewards people who game the patent system and hurts people who actually develop software. The current system also encourages companies to stockpile patents for defensive purposes. As long as the patent office keeps issuing software patents, many companies will feel they have little choice but to keep applying for them.

Is there a practical way for a developer to be sure they’re not infringing on a software patent?

There are approximately 400,000 software patents currently in force and about 50,000 new software patents every year. And each of these patents has multiple claims. One paper estimated that if all software firms conducted thorough patent clearance, the annual cost of that process would be greater than the market capitalization of the entire industry.

Firms can do targeted searches to try and minimize risk (looking at the patent portfolio of direct competitors, for example), but they will always be at risk of surprise patent attacks.

This is an interesting question. In theory, open source development should be more vulnerable because the code is available for inspection and thus available for patent infringement analysis. In practice, I don’t think it makes much difference. This is because software patents tend to be very vague and are claimed at quite high levels of abstraction. Patent trolls can just analyze the user interface and general functionality of software. For example, you don’t need to see the actual code to figure out if someone is infringing a patent that claims online shopping carts. So all developers are vulnerable to patent attacks.

Do we need fundamental reform of the patent system with regard to software patents?

Yes. I don’t think software patents promote innovation. I think they primarily serve to entrench incumbents with huge patent portfolios and to reward opportunistic patent trolls. Ultimately we should rethink whether software patents should be allowed at all.

What systematic reforms do you see as most promising?

Congress is considering some legislative reform, but it is generally aimed at litigation abuse. Unfortunately, there is nothing on the table right now that deals with the more fundamental problem of the huge volume of low-quality software patents.

Are there any books or websites you can recommend to learn more about the software patent problem?

We blog regularly about these issues at EFF’s Deeplinks blog. I especially recommend our Stupid Patent of the Month series. We have a white paper on patent policy at Defend Innovation.