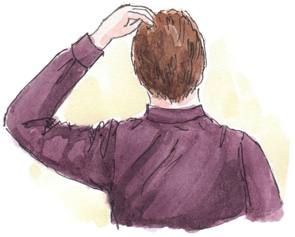 Oni was reportedy kidnapped on the Efon-Erio-Ekiti Expressway while returning to Aramoko Ekiti in the Ekiti West Local Government Area around 4.30pm.

The state Publicity Secretary of the PDP, Mr. Jackson Adebayo, told journalists in Ado Ekiti on Sunday that Oni was returning from where he went to conduct the PDP Local Government Congress in the Efon LGA.

He revealed that the kidnappers had established contact with his wife and younger brother and demanded N30m ransom.

He added that Oni was carrying his daughter and grandson in his car at the time he was kidnapped.

“The family told the abductors that the entire family can’t even raise N1m. Our party is not resting as well. We are trying to ensure that he is safe,” Adebayo added.

The state Commissioner of Police, Mr. Abdullahi Chafe, said he was out of Ekiti and had not been briefed.

“I can’t confirm now; there is no way I will know because I am not in Ekiti State as I speak to you,” the CP said.Pope decries attack on Nigerian church as Christians protest killings

Pope Francis on Sunday decried an attack on a church in Nigeria during which two priests and other worshippers were killed.

Associated Press reports that the pontiff spoke on Nigeria during his remarks to the public in St. Peter’s Square.

The pope’s comments came just as a large number of Christians in Nigeria obeyed the call by the Christian Association of Nigeria to, after the Sunday services, protest against the killings by Fulani herdsmen in Benue State and other parts of the country.

The CAN President, Rev. Olasupo Ayokunle, in a statement last Wednesday had said, “CAN urges Christians in Nigeria to hold peaceful protest on the set aside date, on the premises of their churches, asking the Federal Government and security agencies to stop the unending killings and bloodshed in the country.”

Christian across churches in Benue State on Sunday held the protest on their church premises, vowing to work against Buhari candidacy in the 2109.

Our correspondent who visited some of the churches in Makurdi, the state capital, reported that many worshippers of various Christian denominations wore black attire.

Some of them displayed placards with the inscriptions, “Buhari is responsible for the killings in Benue, ‘FG must come out to defend us,’  ‘Enough of bloodshed in Nigeria,’ ‘Enough of unlawful killings in the country,’ and ‘FG, stop herdsmen killings,’ among others.

At the Holy Ghost Catholic Church, Wadata, one of the parishioners, Mrs. Elizabeth Oduh, said, “President Buhari has not lived up to the expectations of Nigerians.

“The Federal Government should protect its citizens and stop paying lip service to security.”

At NKST Church, Iyorter, along Makurdi-Gboko Road, the worshippers prayed and laid curses on killer herdsmen.

The associate pastor of the church, Rev. Samuel Ackaudu, said, “In Benue state, we have realised that our lives are no longer valuables.

“There is no way that the Christian community in Benue State will support Buhari’s second term ambition.”

Kogi CAN urges FG to act

The Kogi State chapter of CAN, which joined the protest on various church premises, called for the immediate stoppage of the killings.

The Kogi State Chairman of CAN, Bishop John Ibenu, who spoke in his ‘Chapel of Freedom’ church in Lokoja, called on the Federal Government to set up a truth and reconciliation commission over the attacks.

Ibenu said, “It is a national day of prayer and protest, Christians don’t protest; if we have to, that means the issues have reached the peak.

“Killings have continued unabated and have been taken to the church. There is no grass for cattle to eat in the church, but the herdsmen invaded the church and killed worshippers.

“Government must act to make sure that this was not something aimed at the church but started in the farm.”

Many Christians in Osun State on Sunday also staged protests against the killings by herdsmen.

Worshippers at the Union Baptist Church in the Odi Olowo area of Osogbo, the Osun State capital, led by their pastor, who is also the Chairman, Nigeria Baptist Convention, Rev. Olumide Kehinde, marched through some adjoining streets to the church after the end of the service.

The same happened at the Gospel Faith Mission International in the Agunbelewo area, along the Osogbo-Ilobu Road, where church members were led by Pastor Olatunji Adegbite.

Members of the Calvary Baptist Ch