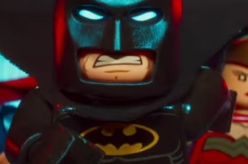 Hartley was searching for a person and now found the address, he rush to the house and saw young woman. Her name Vivienne the girl he once gave proposed and trying to persuade her to accept that offer that he made long time. Vivienne likes him but he lives in suburban area. Because for a city girl to live that life style is hard for her. Also there is another man in her life and give her the same proposal and that is townsend.

Though he promised her that he will not object when ever she goes to city when ever she want, and he give her all that she would want

One time while Hartley was setting with viviene, townsend visits and Hartley open the door to him and tells him to leave and never come back, so twonsend did that and left the place. With how Hartley insist, Vivienne agrees to on one conditions and that is to get rid of Heloise. Hartley sees the smile on his wifes when he tells her that viviene is going to live with them as the new cook and the old cook who always drunk will leave. The cooker who always drunk name is Helise

The story make you confuse and you will understand only at the end, you will think that there is a man and running after woman for love and marry while a wife in his house. But the story is not

Its nice light story, i like it and sure you will like it to, it a book you read when you are taking break