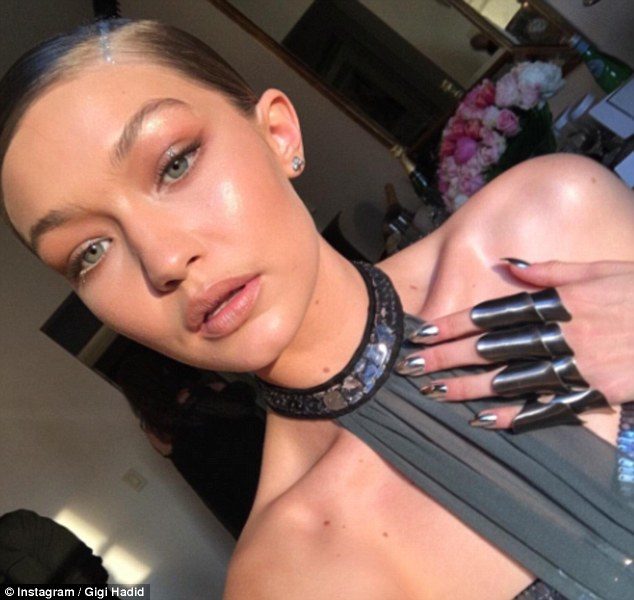 We could scroll through hair tutorials, smoky eye looks and nail art on Pinterest for hours. After all, there are, according to the site, 4 billion beauty-related pins to sift through.

But in an effort to save its users some scrolling time, Pinterest has narrowed down the top emerging trends in the category (in addition to style, food, home and more) in its Pinterest 100 list, released today. The topics that made the cut have all shown at least a 25% increase in search and save activity over the past year, and an even bigger uptick over the past three to six months.

Some of 2016’s biggest trends – such as chrome nails – are expected to stick around for a little bit longer – while newly buzzy trends – like microblading – are poised to blow up in a big way.

Below, we highlight the five top beauty trends for 2017, according to Pinterest.

This year, the top knot proved to be more than just a lazy day hairstyle. By adding plaits into the mix, celebrity hairstylists to stars like Julianne Hough and Hailee Steinfeld made the casual look red carpet-worthy.

The dazzling trend, created by buffing chrome pigment onto nails, has received a whopping 570% increase in interest on Pinterest, and the site doesn’t foresee the craze fizzling out anytime soon.

And it’s not just nail polish junkies who are obsessing over the mirror finish look. Gigi Hadid turned heads with her chrome manicure at the 2016 Met Gala, which thanks to the addition of crystals, cost a cool $2,000.

If you’re a make-up lover, you likely know how to contour your cheekbones by now. The next technique to master? Contouring your eyes, a.k.a. the cut crease, an eye-defining technique that the pros have quietly been using for years.

A quick search on Pinterest results in what seems like endless step-by-step guides and inspirational images from both amateurs and your favorite beauty vloggers.

The buzzy brow treatment, which is a semi-permanent cosmetic tattoo that fills in sparse areas with natural results, got even more attention after actress Bella Thorne Snapchatted the process during a visit to Los Angeles-based microblading artist Júlia Faria Elmassian.

The procedure isn’t cheap, but as we learned when we tried it recently, the results are truly incredible.

Ombre hair as we once knew it is not poised to make a comeback next year. Instead, the trend has morphed into a subtle gradient style.

For the year ahead, Pinterest predicts that silver to ash blonde looks will reign supreme. It’s ‘a gradual approach to an edgy style,’ the site declared.